Games Revisited’s Games That Are Actually Worse Than Sonic Adventure

Sonic Adventure is terrible. It really is, but since starting the site we have on more than one occasion stepped in a pile of shit so vile we wished we were drinking a diarrhea smoothie while playing Sonic Adventure on a bed of broken glass. This isn’t to cut Sonic Adventure any slack, as it is truly TRULY bad and our life goal is to spread this message. But here are the growing collection of games that are so bad, Sonic Adventure isn’t our worst game ever anymore.

It is telling that we are now having to cut games off this list, so fans of Star Wars: Flight of the Falcon and Resident Evil Survivor 2: Code Veronica rejoice as we no longer deem those games to be worthy to feature on our worst games list.

Man this game is bad and fucking awful to play. Turn the game on and you’re immediately in a fight with the T-1000. Just straight in to an awful fist fight with no explanation. If you can somehow figure out the buttons in this baptism of fire, then you will be transposed into the Storm Drain scene where you have to have pixel perfect reactions to avoid the obstacles and the T-1000 in a truck. If you bother to learn the game enough to get passed here you are some kind of auteur.

most of the game is these shitty fights 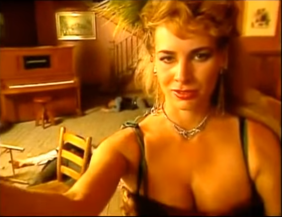 Imagine Final Fantasy X’s Blitzball, but even more clunky, with roughly 3 frames of animation and a frame rate around 7 frames per game?That would be an improvement on Mega Man’s Soccer.

It simply doesn’t work, and relies on the awful gimmick of each Robot Master being a  player. 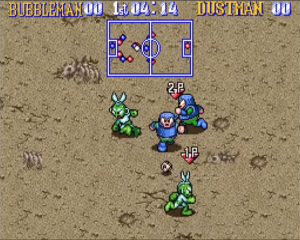 12. Jurassic Park on the Super Nintendo

Just think of all those poor kids who woke up on Christmas day in 1993 to this as their Christmas present. The look of hope and joy in their eyes extinguished as soon as they turned Jurassic Park on to discover it is an unplayable spunk bubble with possibly the worst example of 3D in the 16bit era. 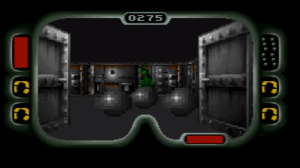 This is a big bag of wank. Never play it. Unplayable, awful design choices, and honestly the weirdest character choice based on the Simpsons Universe possible.

A Game so terrible we got a mediocre reboot that was comparatively brilliant. The reboot wasn’t good, but it is a work of art compared to this shit stain on gaming history.

Shaq also Space Jams it and returns for the big game!

9. Musya: The Japanese Tale of Horror

Musya is just bad. It is one of those games where I muted the sound after 15 seconds but imagine a beat ’em up/platformer where you’re a Pikeman with the range of a gnat and the platforming is broken. So failing the mark on both of it’s premises.

It is fucking awful and deserves microwaving. The only reason I haven’t trashed this game is it cost me $75.

Why were there so many shitty tournament fighters? Pit Fighter is awful, and while ported to almost every console none of the games work. Hit-boxes don’t work, punches that have no weight to them, and funny differences between each version as console limitations meant each version cut something differently. Honestly, their isn’t a “good” version of Pit-Fighter and there are no reasons to play the game other than it not being Sonic Adventure 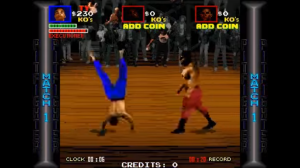 Yeah, we know, everyone knows that Bubsy3D is terrible, but our mate Nik (who we should probably mention is no longer our mate) tried convincing us it isn’t as bad as people say. He was wrong 4 years ago, and he is still wrong now. It is however no longer the worst game we’ve played. 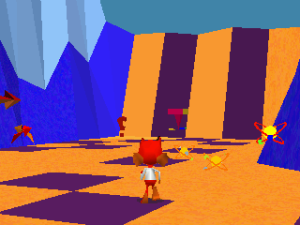 Sorry, we tried our hardest to not include Sonic Adventure, but it really is a fundamentally terrible game and you should feel bad if you like it, Craig’s review 5 years ago was “Shit” and nothing more aptly describes this game than “shit”.

Pahahahahahahahahahaha, this game is bad and it should make Sonic fans feel bad, but admittedly, it is also worse than Sonic Adventure.

It is a apt that the subtitle of this game is Sub Zero, as that is the score we give it if we are being nice and consider Mythologies qualifies enough as a game to deserve a score. It’s only redeeming quality is that watching somebody else play it is absolutely hilarious.

Sonic the Fighters is pretty much what Sonic fanbois deserved (I still take offense to this statement – Craig), terrible imbalanced shite (this statement, however, is incredibly apt – Craig) that sums up our relationship with Team Sonic and their ability to churn out substandard games.

Yes, Sonic the Fighters DOES get this blurry

2. Ballz 3D: Fighting At Its Ballziest

Ballz is a dog of a game. It is an early attempt at 3d on a console not designed for 3D. This leads to abysmal framerates and 3D movement that doesn’t even remotely work. Ballz is possibly the worst Tournament Fighter I have ever played and the soundtrack IS the worst thing i’ve heard. And I have heard my band play as well, as the Sonic Adventure soundtrack.

HA, look how shit it is

King of Monsters (the first one) was a deeply flawed Tournament Fighter that had a novelty that would keep you coming back. TKOM2 is a cross between faux-Beat ’em Up / Faux-Tournament Fighter. It gets all these elements wrong, misses the mark and is frankly terrible. What good will is created by the novelty in the first game is quickly lost as you punch yourself in the genitals repeatedly to forget about this abomination. I honestly don’t think there is a worse game out there. 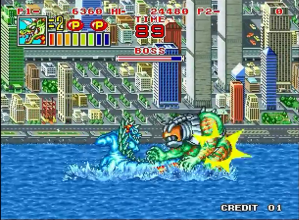 Jesus it is impressive how bad Sega are at making Sonic Games. Maybe we should try Superman 64, or SpiceWorld on the PS1 and see if they can steal the fecal crown? Who knows, maybe one day Sonic Adventure won’t be a bottom 10 game?