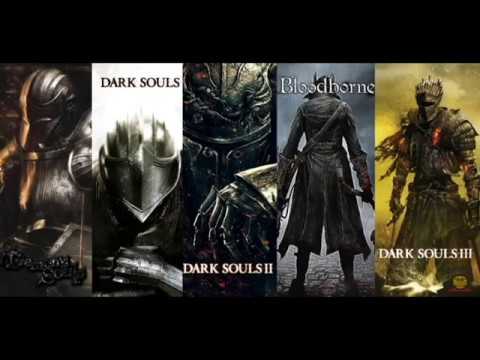 I love the SoulsBorne games but there are a few features that bring my piss to a boil more than dying 84 times in a row trying to beat a fuck nugget of a boss. But spoiler alert, this list won’t feature Ornstein and Smough, I know this is a sink or swim moment in Dark Souls and is probably the boss I personally died most on in the entire series, but the difference with the Electric Wizard and Fatty Fat Fat is that while it is a difficult fight to learn and your first serious crowd control fight, it is actually relatively fair and isn’t an RNG cheese fest.

So here are my least favourite moments in the SoulsBorne series, feel free to suggest things but don’t be a Reddit douche and complain:

You know what is fun? Painful platforming that is frustrating, long winded and highly cheeseable from a dying prospective. NO NOT REALLY. The first time you drink in the majesty of Anor Londo is a gaming memory that sticks with you . It is glorious to look at and a complete change from the grey/dull/brown of everywhere you have visited so far. Sadly the glorious vistas outstay their welcome the 52nd time you get shot off the buttress by the fucking the Bowmen.

The only way for you to kill them is to level up a bow and use poison arrows and patiently stand there for 10 minutes while their health slowly ticks down (much longer on New Game+), as trying to speed run past them requires a level of stamina planning and dodge rolling that only a true Melvin could manage. If you’re out by a pixel or a frame in your run you’ll get trapped by the dude standing by the exit or shot to shit by his buddy. This then leads to a 5-10 minute repeat of that section.

What’s worse is that From Software troll the fuck out of you when after beating Pontiff Sulyvahn you start running up and over buttresses with some fucking bowmen, it slowly dawns on you you’re back in Anor Londo and the flashbacks start, the PTSD kicks in and you’re sat blubbering in the dark like the nugget you are.

Bloodborne is a fantastic game and feels like a game From Software wanted to make. You can feel the love and attention spent building it, and this shows in all the boss design and area design. However the steaming shit crust on this lovely lovely trifle is the fact you have to grind piss-willow enemies for health potions.

The great thing about SoulsBorne is the slowly edging forward opening up the map and learning every nook and cranny. You know you’ll die a lot, but it is worth it in the long run.

Bloodborne fucks you over by making you grind the bare essential of health potions. This isn’t something that all enemies drop, this is something only 2 areas reliably drop, and both are so painfully below you that you don’t even get the joy of grinding a few levels at the same time. It is just a slog and frankly overly unfair to a newer player.

I’ve only bothered to complete Dark Souls 2 once, and every other attempted run with 5 different character classes has been abandoned when I reached the Shrine of Amana. Not even the boss, which is frankly a let down considering the pain inflicted in the build up, is worth your time.

Get the picture? It is awful.

Firstly, this is a crap reskin of Sif from Dark Souls 1, but secondly, the fight is entirely based on you being able to kill a load of poison inflicting rats in about 3 nano seconds.

Beat the rat guards without the poison and the boss is easily beatable, but the shear luck/pixel perfect swings required to down them before they inflict poison on you is akin to learning the pixel perfect timing and reflexes in games like Ninja Gaiden on the NES or Through the Fire and the Flames on Guitar Hero 3.

This is all to say it is shit and I hate it and I assume is the most skipped boss in the series.

Nah man, I’m just trolling you. I’m not a fan of this one, too many pointless areas, too many dudes in armour boss fights, and too many trash fights. But the reality is Dark Souls 2 isn’t bad, it just isn’t as good as the others.

FUCK, this is easily the worst moment in the series. Let’s ignore the pure RNG of the boss fight that is both unfair and poorly designed, but the worst, absolute worst thing about it is the FUCKING 10 minute corpse run you have to do in between every failed attempt.

I’ve beaten this boss 10 or so times, and even knowing the fight I still have to contend with the god awful knockback and a complete inability to see the attacks and attempt to make some of the awkward jumps/platforming. It never becomes easy, and the fact you die from cheese/poor camera controls rather than your own skill is a huge negative.

So what do you think? Did I miss anything? Any moment you find particularly galling?

4 comments on “Worst 5 Things in SoulsBorne!”