Shut Up, Scrambles : The Platform Games We Actually Want Remastered.

So the Crash Bandicoot N Sane Trilogy was a huge hit for Activision, and rightfully so. I played through it and had an absolute blast; it was challenging yet familiar, and looked better than YOUR MOTHER’S FINE ASS (edit : I’ve been informed that your Mum is a classy lady, I apologise). Bolstered by this, Activision recently announced the Spyro trilogy remaster.

This surprised us in a few ways. Partially that there were three Spyro games. Turns out there’s loads – frankly way too many; and he’s even part of Skylanders now. Fortunately, this is our site, and we ebb ever so slightly towards retro gaming, so I don’t have to pretend I know what Skylanders is. My guess is that it’s what you do when some gangsta is dissin’ your fly girl. Skylander that fool. 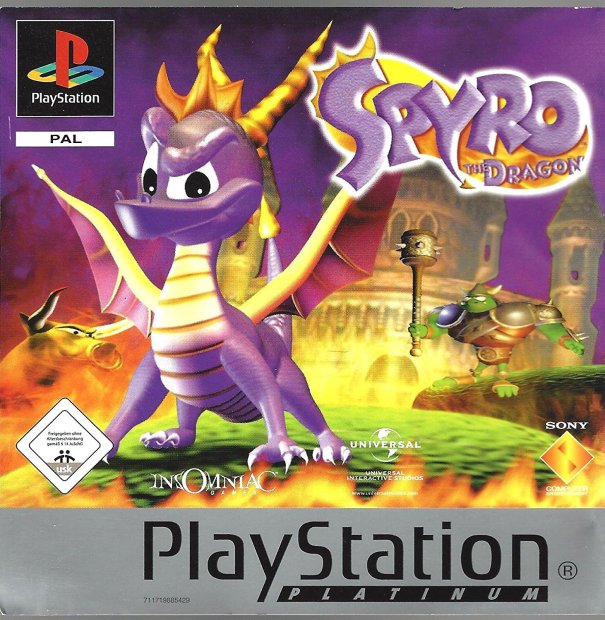 You can’t deny, that’s some crap enemy design on the right there.

But the main reason it surprised us is – and you can blame this on me being an N64 homer – we were always under the impression that Spyro was shit. And honestly, we’re not saying it is, we simply haven’t played it. We grew up in a time when the system you chose was akin the crips and bloods, and you simply wouldn’t give the time of day to the competing system. What’s more, the N64 was absolutely lousy with fantastic platformers, making a majority of the PS1 offerings seem like a pale imitation.

With that in mind, I’m writing my first opinion piece, wherein i’m telling myself to shut up for some reason, to have a quick skim over some heyday platformers – that we may or may not have reviewed yet – and see what we’d like updated and what we’d like fixed either graphically or mechanically. Jamie has nothing to do with this list due to him being staunchly against remakes, but I’m a bit more aware that I’ll die one day, so I’m willing to have a bit of fun with them. Also Jamie is terrible at Bloodborne, make sure you all tell him in the comments.

Goemon was, at one point in time, one of my all time favourite games, and was heavily favoured by myself to be reviewed when we started this site. I purchased a copy from eBay and was genuinely excited to play it again. Then I played it and my eyes started bleeding. Goemon is a charming, inventive and weird-as-all-hell title, one that would still stand as a beacon of originality today. It looked like a 3d Mario clone, but in reality it also shared similarities with the vastly underrated Lost Vikings, as you switched between a cast of four characters on a whim to find the one best suited for the job. It’s still certainly fun to play as well, but it’s aged terribly from an aesthetic perspective, chock full of pop ups, frame rate issues and dodgy translations in a plot that’s already as mad as… well, a lot of Japanese stuff, really. Basically, I’d love to play a version of Goemon that didn’t wreck my brain.

Oh yeah, and there’s bits where you’re a giant robot who does Punch Out style fights. Duh.

Lolno. It’s a Konami title. Konami HATES fun. Why else do you think they fired Hideo Kojima out of a cannon into the moon?

Quite simply one the best, and most underrated games on the N64. Hell, it’s probably the single most underrated game for the system. You play as a sentient microchip, all that remains of a robot following a spaceship crash, as you navigate around Silicon Valley at the behest of your human co-pilot. The neat gameplay mechanic here is that you used your microchip frame to jump into the numerous robot animals aboard the spaceship, using their unique abilities to help your defeat enemies and solve puzzles in order to collect the requisite trophies. SSV is superb, hilarious, and brimming with character. Was back then, frankly still is now. Sure a little graphical spit and polish would help, but the main reason a remake would be beneficial is simple – YOU CANNOT COMPLETE SILICON VALLEY. A bug in the game means that one of the trophies cannot be collected, so you can never 100% the game. And seeing as how you can’t patch a cartridge; it’s been making my brain itch for 20 years, and I need closure.

Of course, the main reason this game failed is that it’s NOT CHRISTIAN.

Heck no. It was considered a cult game in 1998, so ‘cult game’ might be wording it lightly 20 years later. It simply didn’t sell, and it’s a damn shame. If you have an N64 still, I urge you to seek out a copy.

It’s by Treasure. Treasure made Gunstar Heroes. Treasure could shit on my doorstep and I’d probably smile and spread it on my toast. A bizarre little N64 launch title, Mischief Makers was a 2d platform centered around picking dudes up and shaking them so you can use them as weapons. Obviously. A puzzling title in every sense of the word, it’s extremely odd, and takes some getting used to, but it’s undeniably charming and definitely one of a kind. A shame that it was mostly ignored – as a 2D game released around the beginning of the 3D platforming boom, it was seen as old hat amongst my peers, and never given a fair shake. I didn’t intend the pun there, but damn, that’s solid. 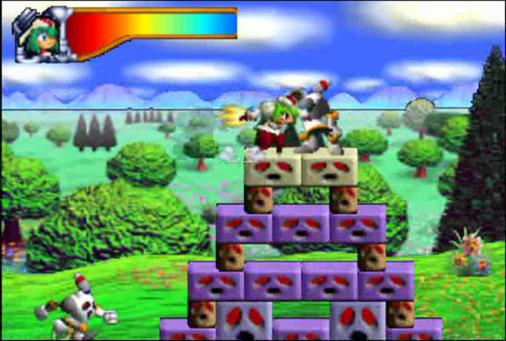 You should shake that guy, it’ll be weird.

I really shouldn’t have started this subheading. Absolutely no chance – there’s just no audience for it. Still, it hasn’t aged badly at all, chuck it in your eBay cart next to Silicon Valley. It’s not perfect, but it’s more than worth your time if you have even a passing interest in 2D platform games.

I loved Bug! It’s a strange beast to be sure, a game where you can only move on a linear path, but within 3D world. I remember it being boatloads of fun, but tough as nails. It’s honestly been years since I’ve played it, so my desire for a remake is purely born of nostalgia, but as I recall, it required some pixel perfect platforming – which is my absolute jam.

I wish I could remember anything about this. Remake it just for me, Sega.

Slim to none, it sold quite poorly, mostly because people were mad it wasn’t a Sonic title. And we all saw what happened when they got their Sonic title, didn’t we? Plus it already got a sequel that didn’t fare much better. A shame, really, Bug! possessed a certain originality that would make it worth playing even if it turned out poor.

Gex, every platform whether they wanted it or not. 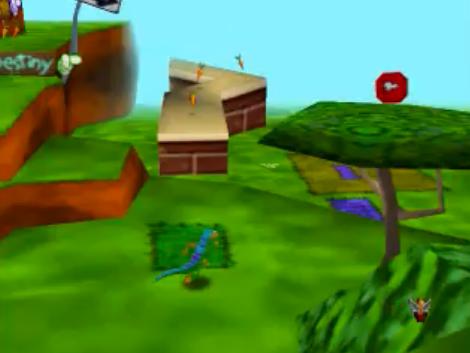 Pretty sure this even looked awful 20 years ago.

Nobody wanted the first three games, so probably higher than everything else, sadly.

OH YEAH! What an absolute diamond. Billy Hatcher is a wildly innovative, fun as all hell platform game, that showed Sega can still be a fantastic studio when they get behind a good idea. You play as Billy, and travel through 3D worlds solving various puzzles using various eggs. Yes, really. You roll the eggs around, and they get bigger, eventually hatching into some form of creature that will help you along the way. The eggs also allow you to perform attacks, spin jumps, and all that lovely platforming fodder we’re used to. It was a Gamecube exclusive title, so unfortunately it absolutely tanked from a sales perspective. Y’know, because none of you bought a Gamecube. You horrible lot.

This would take entirely too much explaining.

I wouldn’t bet against some sort of resurgence in popularity if it was re-released on Virtual Console or PS Now, but a full remake is unlikely. Still, he’s cropped up in All-Stars Racing, so Sega haven’t fully forgotten about the chipper little chap.

Castlevania : Symphony Of The Night, PS1, 1997/every night in my dreams

Doesn’t need a remake, even slightly. I just wanted to talk about it, if only for a moment. Just let me have this. Please. Please? DON’T LEAVE ME HERE LIKE THIS.

LOOK AT IT! THIS IS THE FIRST BIT!

2 comments on “Shut Up, Scrambles : The Platform Games We Actually Want Remastered.”