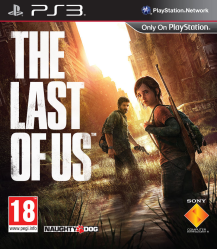 Winner of over 120 Game of the Year awards Last of Us has to be a brilliant game right?

I’m going to focus on the negatives first because… it is a fairly big one.

Ok? Right, the gameplay is boring as shit. Still here? Probably not as I just offended every gamer ever and proved further that I hate everything. But you know what? A 14 hour sneaking stealth game is actually really bland especially when it tries to eat it’s cake and have it too (Unabomber reference for the win).

Probably the best examples of tedious gameplay come when you’re playing through a second time as some of the flaws are amplified. This includes how protracted the tutorial is, playing a first time this is fine and adds to the cinematic experience, but on subsequant playthroughs it is a right pain that the first 3 hours of the game is effecticely a tutorial. Almost none of the story is in a cutscenes which means you have to sit through heavily scripted gameplay that can grate on a replay. But when you’re not in a scripted action sequence you’ll spend the rest of the game slowly stealth walking and watching patrol patterns.

This is super boring the 2nd time around

These action segments jar in tone too much for me to forgive them, the Last of Us is a Survival Horror so it is supposed to be slow with an emphasis on survival. But weirdly, Last of Us strays too far into an action game. There are parts of the game where it tried to eat it’s cake when you punch 30 people to death in one of the many never ending enemy spawn rooms. You can punch pretty much everything to death with the exceptions being the Clickers (these will fuck your shit up). However,  even these are reduced to arbritrary annoyances during the winter section where you begin to gun them down on mass and Last of Us starts to feel like Resident Evil 4.

There is also WAY too many human enemies, considering this is the apocalypse and human settlements are few and far between you kill circa 200 humans, and maybe fewer than one hundred zombies. I hate the psychopath trope in zombie games, and Last of Us has way too many of them.

The way stealth works is both a blessing and a curse, well maybe not a curse. Curse is too strong a word. If you’re in stealth your companion(s) are invisible to the AI. This means they can literally be stood under an enemies nose and not be spotted. This is weird and takes getting used to, but it means the AI doesn’t fuck you over Sheva style and force a reload.

Since you’ll spend 80% of game in crouch position slowly moving around conveniently placed chest high walls large sections of the game can feel a tad boring, and you never know if you’re supposed to be stealthy as the gameplay switches between forced stealth and implied stealth. But with no reward for doing it stealthily which even OG Hitman managed.

Urrrgh, get used to this magic hearing effect

The forced stealth sections are any bit with seemingly infinitely spawning enemies, this includes when you’re in the sewer with Sam, or in the Hospital where no amount of killing seemed to thin the numbers. The rest is implied stealth where you’re encouraged to stealth kill (or avoid) and move on. Problem is, time and again I failed the stealth and was able to simply punch a room full of people to death without losing any health and I was playing on hard difficulty, so on easy I reckon you could melee a tank to death (there are no tanks, I’m being facetious).

Last of Us manages to do that rare thing in a videogame in that it introduces random characters throughout the story, and if this was Resident Evil 6 they would die 30 seconds after introducing them which meant you never cared about individual characters other than the game saying you’re supposed to care. Here the characters develop, you get time with them, consequently if and when your companions die of leave the party, you care. You’ve gone through something together, it adds to the gravity of the situation, where typically games always get this wrong and merely tell you to care with a tacked on story element.

In my head this is a reference to Earthworm Jim.

What separates Last of Us from other games is the story. It really is fantastic so I won’t put any spoilers in.

What effectively happens Is “fungal none-zombie” zombie outbreak occurs and the world goes to pot. You take on the role of Joel a grizzled dude in his 40s that losses his child during the initial moments of the outbreak.

The story cuts to 20 years later to the post-apocalypic United States and we join Joel living a not so quite life in one of the many Quarenteen Zones. Events happen and Joel stumbles on Ellie a girl that is seemingly immune to the fungal virus, Joel for flimsy reasons then takes Ellie on a cross-country trek to get her to a Firefly (La Resistance) lab where they can hopefully synthesize a cure. Once the story switches to Joel and Ellie this is where the real game starts and no longer feels like an extended tutorial.

The dynamic of Joel and Ellie feels natural, she starts off as a bit of a brat who Joel feels lumbered with, but as the plot develops so does Joel and Ellie’s relationship. They bond, and Joel takes on the role of father figure and you actually care about them and their relationship. Again, if this was Resident Evil, you’d get a tag along partner (Sheva/Ashley/Helena/Gimp in Chris’ campaign) and told these are your mates, you care, despite them having the depth and personality of a blob fish.

The story spans a year (well 4 seasons) as you move from point to point avoiding all the unnecessary “walking” in the Walking Dead. The story will simply jump forward in time skipping pointless fluff when you’ve reached a milestone.

Now, I am glossing over everything and avoiding spoilers because Last of Us is genuinely one of the best stories in gaming. There are no terrible Crapcom twists, no generic evil dude who is motivated purely by evil. Almost every character is portrayed with depth and substance, and there are points in the story where you hear about story aspects from the enemies point of view. It shows them as simply not generic arseholes who want to kill you and adds depth to the world around you. Hell, even TV shows fail at this, and they tend to get 14+ hours runtime to develop a cast. But the enemies want to survive and have their own motivations, and aren’t evil because plot says they are. Though their AI routines suggest they like having their neck snapped.

To aid you on your journey Joel is a master crafter. Well, not really a master. He does do a vaguely adequate job of improvising though. You see unlike a Fallout game the crafting system is fairly realistic. Joel can’t MacGyver his way out of it and make a bazooka out of a paperclip, a tube and some glue. Instead, Joel can fudge together a terrible shiv, a glorified band aid, and improvised explosive that struggles to scratch the enemy. It puts the empathasis back on survival as your best bet is to avoid conflict as none of your weapons will reliably kill the enemy. Except your fists. You can whack somebody on the head 6 times with a pipe, which may kill 1 or 2 dudes, but again, your fists will more than make up for the weakness did the weapons.

I’m not trying to bag in Last of Us, it just isn’t *that* good to play. The gameplay is honestly a high 70s to low 80%er but the story is in the high 90s. So I guess you need to decide what is most important for you and you can adjust my score anywhere between 80 to 95%.

Cons: can punch 30 people to death

Last of Us won everything and averages 95% scores.