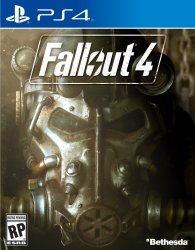 War, War never changes except when you’re 5 games deep into a series then war does start to change and, bizarrely, Karma no longer seems to matter.

Set in Boston and the surrounding areas (now known as The Commonwealth) and you are the Soul Survivor.

The tutorial occurs “pre-war” so you get to see the bombs start to drop in a fairly dull intro sequence and because you are special you’re then cryrogenically frozen with your wife in Vault 111 as part of the sinister United States Government experiments. You wake to discover somebody kidnapping your son and murdering your wife, and for whatever reason everyone else in your Vault is super dead, then the game starts properly…

The story will involve as much (or as little) of The Minutemen, The Railroad, The Institute, and The Brotherhood of Steel as you want with the ending based upon the choice you make at certain branches. It means the ending isn’t as binary as in Fallout 3, but it does lack the amount of depth you find in Fallout 2 and New Vegas with further disappointment from the fact that effectively 3 factions have the same end mission.

Fallout 4 is a Bathesda RPG so expect a fair few bugs, and it being Skyrim with guns. V.A.T.S (Vault-Tec Assisted Targeting System) makes it’s customery appearance, but if like me you prefer a melee build you may never actually use it. However, for the people who like shooting it is an invaluable skill that will allow you to snipe an entire room in 3 seconds game time – 6 hours real time as V.A.T.S takes FUCKING ages. But this depends how you spend your level bonuses.

The game starts and you select your S.P.E.C.I.A.L stats, and each time you gain a level you are able to put a point into a perk depending on how strong you are in that S.P.E.C.I.A.L stat and with these skills it’ll define how you play. The perks don’t really power you up like in previous games, as rather than having a perk that triggers every few levels and makes a significant difference, here each level gives a perk. So while they have been nerfed to fit the new levelling structure it makes each individual perk a bit weak until you put a significant amount of points into a certain perk.

There is a lot to do in Fallout 4 but if you are a long term RPG player you’ll quickly notice that all quests are go to X location, then either kill all of Y or collect Z once all of Y are dead. So if you hammer out the side-quests and miscellaneous quests you’ll get bored fairly quickly. Especially since quests like the Quartermastery quest for the Brotherhood of Steel will loop infinitely.

The amount of companions you can recruit is higher than usual and they all have their own unique personality. It means what ever your playstyle you’ll find the perfect companion and since you are not locked into Karmic choices you can recruit all available characters. Better yet, some companions such as Nick Valentine have skills you might not have. 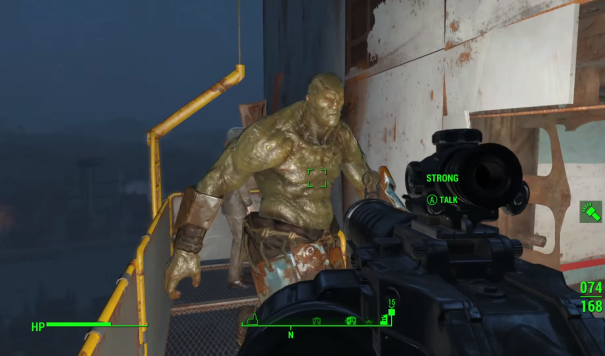 A serious issue I have is the total lack of Karma. Seriously, this is Fallout, Karma is a defining feature. It means you can act how you want depending on the companion you have in tow, so you can play the same character 10 different ways, but for me it is a bit of a let down. I don’t want the cartoon good or evil of Fallout 3, I want the overarching Karma of New Vegas as that did a great job of tying things together with different factions and branches feeding into your Karma.

Oh, Christ the load times are pretty unbareable and freaking unforgivable on a PissPoor. I had the same issue in New Vegas (360 version) in that I would actively avoid quests in the cities because having to back and forth between load screens was a fucking ballache. So I am puzzled how Bethesda optimised it so poorly.

I am not a fan of the simplified dialogue tree either. Again, a defining feature of Fallout was that you could potentially have over a dozen responses based on your S.P.E.C.I.A.L and other perks, and all the dialogue options had a clear description with different outcomes. Here, you get 4 dialogue choices and they are all a little vague in their shortened description of what you say. It means you can piss off a companion because you chose something that turned out to be a rude question rather than a simple statement. But worse, however you respond will still lead to the predetermined outcome. In all honesty I would have preferred not having the Soul Survivor have recorded dialogue as that adds less than is lost in the dialogue tree. 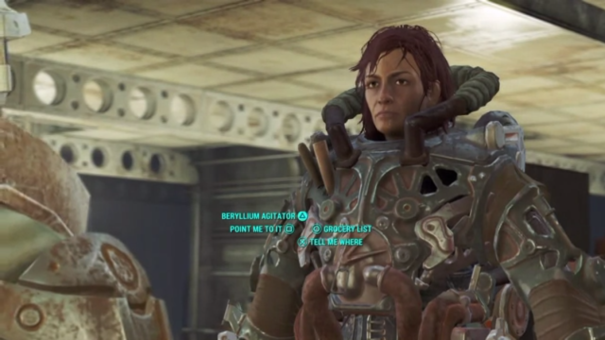 I love playing Melee in this sort of game, and bizarrely once you get super hard at melee the combat becomes harder! If you have a perk that makes the enemy drop a weapon then they’ll just block you with their fists. Seriously, they endlessly block your sledgehammer with their fists… For ever.

Finally, settlements are super boring, and sadly unavoidable. For instance between level 4-10 I couldn’t move 5 meters on the map without something insta-stomping me. It meant I had to do the Minutemen Settlement quest just to level up enough to be able to play the rest of the game. I know some people may like the Settlement stuff, but if I want to build shitty stuff I’ll play Minecraft. 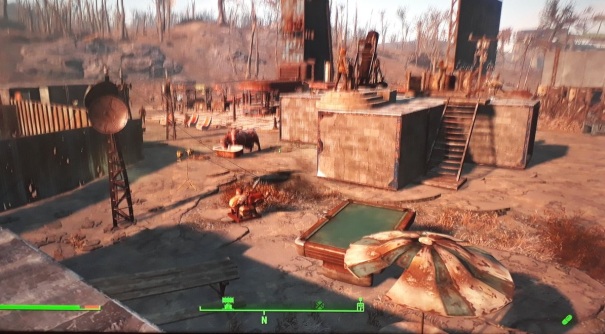 Jesus there are a lot of bugs that still haven’t been fixed. A pretty bad one is Cait’s sidequest wont activate. She talks about the quest and tells you where to go. But the quest doesn’t trigger so you can’t interact with the console at the end and thus you can’t finish the mission.

Other bugs involve enemies getting stuck or not passing invisible walls. I killed the Deathclaw in the Witch Museum by standing in a doorway where it just stops and basically spins in place, The Swan also got stuck running down a road a bus would have fit down.

Smaller more annoying bugs come in the random help missions. If you have been to a location and cleared it out, and you’re unlucky enough to get a randomised mission in that location then that mission will be bugged out. Basically what happens is the area is marked as cleared which means no enemies spawn. Due to this the item you need to collect for the new mission won’t spawn. This will happen more and more as you get closer to the end of the game, so I then took this as a sign that it was time to finish up the main quest.

Another serious fucking bug is at the point I turned off and said enough of this bullshit. This came at the very end when replaying to get the Minutemen victory, I invade the Institute and the quest shifts to “Talk to Preston”. Well that fucker won’t talk to me as I have to talk to him about a pissy sidequest but since he is in a different location to usual that dialogue won’t trigger which breaks the game as I can’t fast travel out because I am enemies with the Institute. Fuck it.

To be honest, I wanted to hate Fallout 4. The settlements are boring as fuck, the load times infuriating, it is buggy, and as somebody who loves Charisma and Speech tests in the Fallout series I am bitterly disappointed. Also at some point I realised I didn’t give a shit about Shaun as I was running down the Railroad rabbit hole plotting the destruction of the Brotherhood of Steel.

The game does feel much too long, and about 50 hours into the game I had truly had enough. That said… Fallout 4 is one of those “10 more minutes” games where suddenly 5 hours have passed.

So, despite my many annoyances with the game I still enjoyed playing it. Is Fallout 4 a good game? Yes, yes it is.

The issue is, Fallout 4 is not as good a Fallout game in comparison to some of the other mainline games.

Cons: Gets boring, lack of Karma, even with the patches a number of quests bug out and can’t be completed.

Fallout scored 9 out of 10 across the board, and holds 84% on Metacritic.

Don’t ask me to join the Institute you fucking nerd.

Also available on XBone and PC