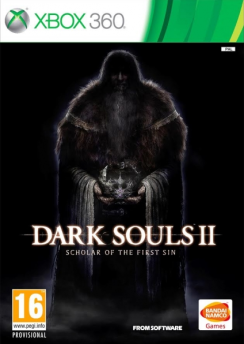 I loved Dark Souls, the game was pretty hard (Earthworm Jim is harder) but was as tight as a gnat’s chuff hole and not an ounce of fat in need of a trim. So when I finished it, I  immediately bought the second game in the series and jumped right in.

You die a lot in a Three Dimensional 3rd person perspective. 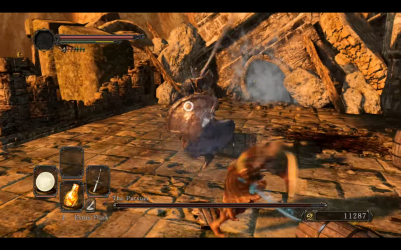 A dude in armour

I really don’t know what is going on again, as very little is explained to you. You’re told to collect the four great souls, and that is kinda it. The rest is buried in the lore, item descriptions, or conversations with random NPCs.

Your best bet is to read the wiki, but you can get as much or as little story as you like.

A dudette in armour!

Dark Souls was like headbutting 75 reinforced concrete walls, it was maddeningly difficulty but when you died it was because you made an error. Dark Souls II is similar, except there are now 150 walls, and around 130 of them are cheap plasterboard, with  the 20 remaining being galvanized steel meaning that the difficulty feels all over the place.

The boss I found to be the toughest, was the Persuer, the SECOND boss. That guy took me about 25 attempts to beat, and I was only able to beat him the first time by over levelling from clearing 5-6 areas in the other direction. After that? Well, the Smelter Demon gave me a bit of jip the first time round, and then Nashandra was simply a poor, cheap boss fight with a wank mechanic thrown in. 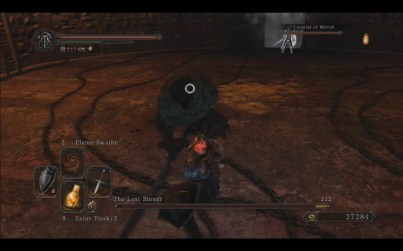 A dudette in armour!

Dark Souls had 17 bosses not including DLC, but Dark Souls II has around 30 and you notice a reccuring theme on the boss fights fairly quickly.

The first boss is a lanky giant (The Last Giant). Not a very interesting design, but a decent enough start, certainly nowhere near as FUUUUUUCK as the first time you see the Asylum Demon in 1, but a decent start. The second boss is a dude in armour and the next FIVE bosses are all dudes in armour, or skeletons. Then you get a crap Belltower Gargoyle clone from the first game where instead of fighting 2 decent Gargoyles, you fight 5 shitty ones. If you have never played the first game this will be an interesting fight, but when you directly compare it to the first, then you see it as it is. A little bit lazy.

It isn’t until you fight the Covetous Demon that you get an interesting boss design, but the fight is universally unpopular as the boss is a giant slug.

Not all the bosses are bad fights, but the boss design does feel lazy and/or rushed. The Old Iron King is a reskin of Ceaseless Discharge, Scorpioness Najka is a Scorpion version of the awesome spider lady from 1 (Quelaag). The Royal Rat Authority is a shitty rip off of Sif (It is totally a dog, and NOT a rat), and the Old Dragonslayer *IS* Ornstein minus being stupidly hard.

Then…THEN there are some truly awful boss fights versus trash mobs. The Royal Rat Vanguard is a fight versus 30 regular rats and one slightly harder regular rat. Prowling Magus and the Congregation is 1 weak dude, 2 weaker dudes and 10 trash mobs, it isn’t a boss fight. The Skeleton Lord is infact 3 mediocre Skeletons which when killed spawn 3 trash mob skeletons, basically the only thing that makes these three a boss fight is the health bar…

There are positives here though, The Mirror Knight is the best, the Executioners Chariot is a cool fight, so too the Demon of Song and the Smelter Demon. And sadly, that is it for me.

Everyone will have their favourites, and feel free to disagree with me, but I played through, it took me 45ish hours to clear everything, and then 10 hours to get to Nashandra on a second run, and not one boss really stands out to me. So overall I was very disappointed in the boss selection as there is a lack of epicness in them. Capra Demon still brings me out in hives, I have PTSD from Ornstein, the Vagina Dragon was epic as fuck, the first time (20 times) I met Havel he turned me into a pancake. But they all stand out, I still remember them. Immediately after playing Dark Souls II I am having to look at a wiki to remember more than half the bosses.

1 is a pallatte swap (Last Giant and Giant Lord)

Some bosses tick more than one box. The rest of the boss fights are either ok, or a few ones I love so while Dark Souls had no fat, here there is too much. 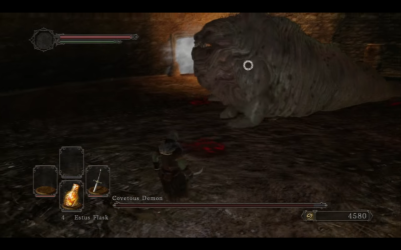 This one isn’t a dude in armour, it is a giant slug…

With this being a sequel, there are a few changes to the “original” game (screw Demon’s Souls) in an attempt to freshen things up. I won’t list them all, but I will list the ones that stood out to me.

As mentioned, there are loads of bosses and with this there are more areas for the boss to dwell, and again, the areas feel rushed. In Dark Souls all the areas were cleverly interconnected, there was a flow (except maybe Ash Lake), and while you had to run around, there were shortcuts to get you to where you were going. In Dark Souls II there are too many nexus zones that only exist to make getting from A-B a little longer or to house a boss. Harvest Valley serves no purpose, the Gutter is pointless, and a huge castle with lava around it screams “insert boss fight” Resident Evil 5 logic. So again, I felt a little disappointed in the level variety. Sure there is a lot of variety, but the quality is suffering too much in many of the zones.

A variation on DUDES IN ARMOUR

I was disappointing with the New Game+ mode in Dark Souls, I was able to get up to Ornstein and Smough in about 90 minutes, and was pretty much 2 shotting all the bosses. Well, there has been an overhaul in Dark Souls II as now the game gets hard a little bit quicker.

The bosses up the ante a little bit, nothing too much, but you can’t 2 shot them. It’ll still take you time to beat them, and you need to remain vigilante throughout the battles as they hit harder and have mote health.

What really stands out is the insanely hard Red Phantoms now occupying your world. These are like the invasion phantoms, but have the same respawn rate as regular mobs and some of these fuckers hurt… I honestly can’t kill the one in the Iron Keep near the last Bonfire, and there are offers I have to cheese with poison arrows to pass. But they do reward you with a SHIT TONNE of Souls *IF* you kill ’em. But expect many deaths against the red bastards that’ll happily one shot pancake you.

I don’t normally buy DLC, but I bought the Scholar of the First Sin edition of the game for the 360 so I had a free voucher that I literally couldn’t give away on Twitter. After about a week I decided to use the code and have a looky.

I immediately got bored. I was around Soul Level 140, and a super strength tank with FULL Havel Gear and I am relatively speedy too due to speccing loads in Vitality. EVERYTHING is one shotting me. Regular trash mobs are pissing all over me, and I honestly can’t be bothered trying it. Basically, ALL the regular troops hit harder than the last 4 bosses. 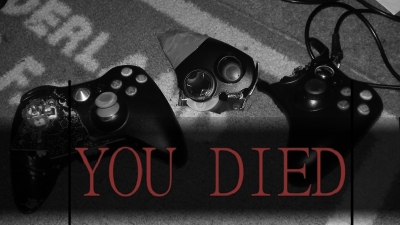 Two thirds of the game is pretty bland but if you manage to stick with the game it starts to get more fun around the 2nd Great Soul, the game does start to come together as areas and bosses become more interesting. But weird difficulty spikes then start to creep in towards the end, with strangely hard regular men that whomp you, and then simple boss fights. This is particularly a problem in the Undead Crypt, and Shrine of Amana.

Ultimately, all of this means Dark Souls II isn’t as good as Dark Souls. It isn’t a bad game, but it sinks into functional but unspectacular scores.

Pros: Some of the boss fights are good? More of the same, just lacking *Soul*

Cons: Too many boss fights, too many pointless areas that serve no real purpose