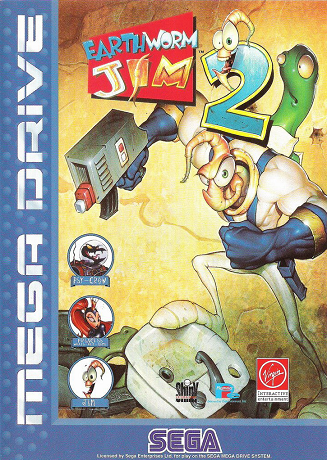 Earthworm Jim 2 is REALLY. BASTARDING. HARD. And I can’t get enough. What is actually wrong with me?

Jim is on a mission to save his beloved Princess What’s-Her-Name from an unwilling union with his arch nemesis Psycrow. He enlists the help of his sidekick Snot, who is very much what it says on the tin, and proceeds to trash his way across the universe, all whilst battering his old enemies from the first game; including Evil The Cat and Bob The Goldfish. 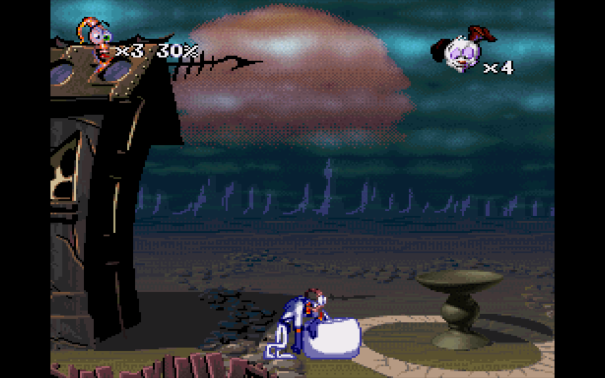 You’ll be stood in the same way after finishing these levels.

Essentially, EW2 takes a run of the mill platform game storyline and renders it obsolete with an array of wickedly funny characters and planets that each have an identity all of their own. The crux of the matter is told in the opening credits when you turn on the game for goodness sake! Youtube it, it’s really great.

One of the best looking games of the 16-bit era, and damn it all, EW2 still looks absolutely fantastic today. It’s colourful, vibrant, chock full of funny animations; and just feels genuinely alive. The music is as silly and catchy as you would hope, and always fits it’s backdrop like a glove. The Peter Puppy levels in particular come replete with music that will needle it’s way in to your brain for, I dunno, about 22 years now.. 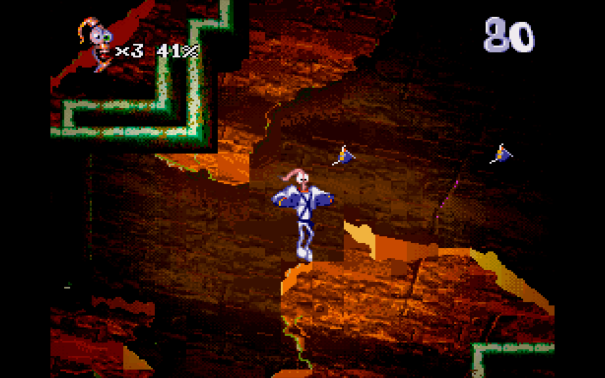 Jim himself has a bunch of little catchphrases that will never cease to raise a smile. Seriously, I still grin every time he goes ‘whoopee!’. But then, I’m a giant man-baby. Shout out to EW2 for reviving the word ‘groovy’ as well. No, it wasn’t Austin Powers.

EW2 is an old school run ’n’ gun style platformer – essentially a standard platform game where your primary weapon is a gun. There are different guns you’ll acquire throughout the game, as well as different abilities like using yourself as a whip. But the devil is in the details here. Where EW2 stands out is in its relentless ‘throw shit at the wall and see what sticks’ approach. There’s still a decent number of standard platforming stages, but there are bizarre curveballs being thrown at you left and right. 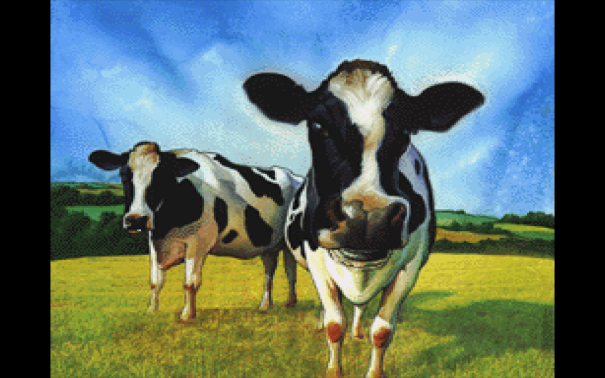 This is your reward at the end of every level. Totally worth it.

The second level has a neat little physics trick, where you have to shoot the dirt from above you to create a platform beneath you so you can advance. The Peter Puppy levels involve you bouncing callously tossed pupsters off of a giant marshmallow and into the safety of a kennel. Seriously, somebody sat down at a desk and thought of that. That was in their brain.

There’s an unwelcome isometric airship level that still makes my leg twitch when I think about it, but even that isn’t terrible, it’s just really bloody difficult. And this is where EW2 might lose a few people – it is just so damn hard. And not satisfying, challenging hard either. It’s the sort of difficult where when you finish the level, you just drop the pad and sob quietly for a little while. But EW2 is so damn charming and varied that you feel compelled to keep going and see what’s coming next.

Earthworm Jim 2 is a game that almost hypnotises you with it’s charm. When you play it, you swear, you’ll throw the pad in frustration, you’ll kick and scream about how difficult it is… and whenever anyone asks you about it, you’ll say that you love it. EW2 will keep you in a pit, and lower you lotion in a basket. And you will put it on the skin with rapturous glee, so that you’re nice and soft for your next beating.

Cons : Tougher than a well done steak you cooked last week, over-reliant on floaty enemies, the isometric levels are a chore, quite short if you can actually finish it.

EW2 was widely heralded as a success in it’s original Mega Drive and SNES formats, mainly for it’s wide variety of fun gameplay styles; and it’s off the wall humour. Later versions ported to the PS1 and Game Boy Advance were held in much lower regard, generally due to being lazy cash-in ports to tide fans over until the woeful and eternally delayed Earthworm Jim 3D.