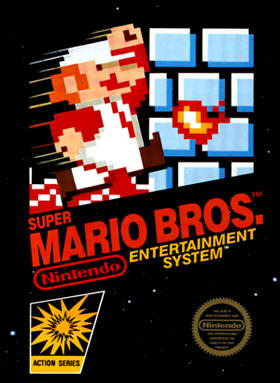 But more importantly, how does OG Super Mario hold up?

You’re aim is to run, jump, and flower power your way through the Mushroom Kingdom to rescue Princess Peach from the clutches of Bowser (also known as King Koopa).

Maybe this is surprising, but SMB is still pretty solid. There are 32 levels, split into 8 sets of 4 level(s). Underwater, and underground levels give you slightly different platforming, while night/snow levels give variety in the visual style of level meaning the game is always flowing.

The 4th level of each zone is a castle, where you find your secret love interest, Toad.

The platforming is tight, and you use Mario’s momentum to make long, harder jumps. The jump button is pressure sensitive too, this means you can control the height and distance of jumps. Once these are mastered, you are able to pull off some fairly complicated jumps to avoid obstacles on later levels.

Other than that, there are plenty of secrets to keep you going. Shortcuts are abundant, and there are a number of secret warp zones to let you skip stuff or speed run. 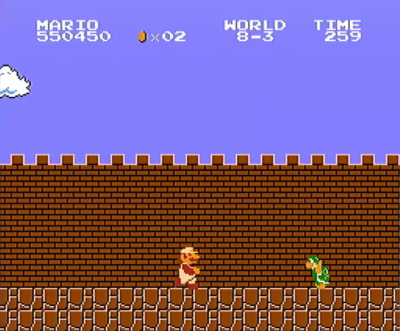 This bit still catches me out if i’m not Super.

There is already tonnes written on SMB, so I won’t clog the internet writing much more. If you do a full run it’ll take you about an hour, a speed run is sub 10 minutes, with a really good speedrun coming in at less than 5 minutes.

It takes me about 20 minutes to brush off the cobwebs and be able to run Mario in about 8 minutes, and I can remember the level 8-4 maze without thinking about it.

Having said all this, SMB isn’t the best. It is absolutely solid at what it does, but it is the 4th best Mario on the NES if you include the Lost Levels.

Pros: Introduces most of the good Mario music

Cons: It is basic

Super Mario reviewed well. It currently holds around 82% on Metacritic.