I am going to do a top Light gun Games list soon, and to do that I want to get a few games out of the way. So apologies to the many people who don’t like On-Rails shooters as much as me. 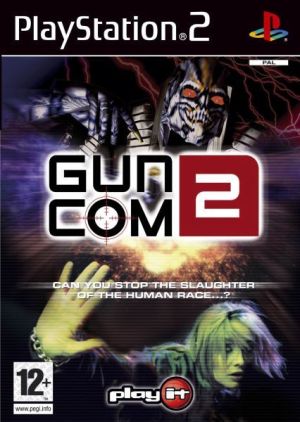 Also known as Death Crimson OX on the Dreamcast. It was a released in 2000 in the arcade, got a Japan only Dreamcast port in 2001, and then finally made it’s way to PS2 in December 2004.

Given 4 years since initial release you’d obviously expect some polish.

Guncom 2/Death Crimson is a Light Gun Game. So pew Pew, dead, reload, pew, repeat. There is no duck off screen reload like Gunfighter or Time Crisis, so you reload by shooting off screen like in Virtua Cop and Crypt Killer.

The “stand out” feature is…you get a machine gun power up. Hold the trigger, to “charge”, then when you release the trigger you’ll fire machine gun style, if you miss targets, the power drains quicker. If you keep hitting things, then the power up will last a bit longer. And if you pull the trigger again you’ll disable the machine gun and return to pistol fire. It takes some getting used too, but is nifty and can be a bit facerolley if you git gud. 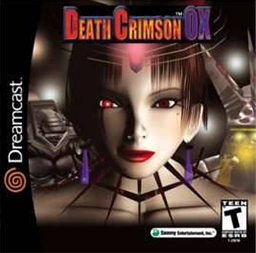 How do I put this diplomatically?

The game is cheap. It feels really low budget. There are no transitions between scenes or when you enter a room, the editing is somewhat shonkey here and feels like things have been cut out. You don’t even get a fade to black, the game just cuts out, and loads you in next area.

There is no voice acting, so the story is relayed to you in badly spelt English with poor grammar. In addition to this, the text scrolls too fast. So there is a story, but I don’t know what it is.

However, there is an odd charm to the game. Instead of fighting Zombies, you’re against weird mech/Gundam type things. The shooting is spot on too, so when you fail, it is your fault. and apart from some badly signposted bosses it is a fun enough shooter. 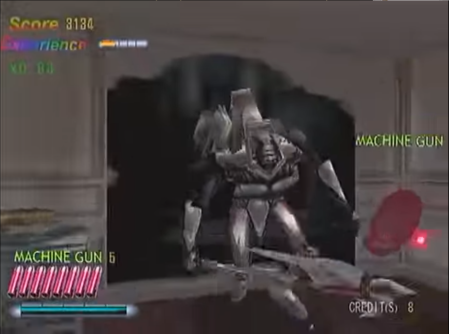 There are 6 levels, all with your standard end of level boss. These are a mixed bag, and the bosses are a little too inspired by House of the Dead, but overall they are fun. The exceptions are the 2nd level and 5th level bosses. There is a mechanic involved in killing the 2nd boss, and due to the text scrolling so quickly I can’t read and process what i’m supposed to do. I played 5 times and burnt through all the continues trying to figure it out. So on the 6th attempt, I just cheesed the boss with the machine gun, killing him in seconds. 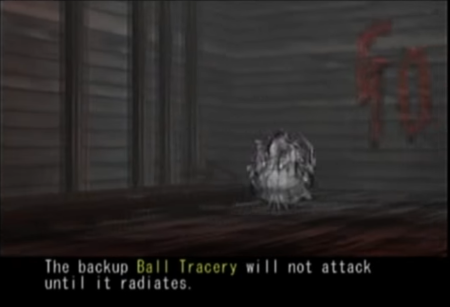 These are words, but I don’t understand what they mean.
I think Tracery is a miss translation, as this is not an ornamental stone work typical of Gothic architecture…

The 5th boss is one of those twitch reflex fights that are a damn chore. You don’t fight the boss, you fight his glowing orbs, these flash then shoot you, and in this time you’re supposed to shoot the orb. Problem is you get about 5 frames animation to shoot it. I’m pretty good, but this is hard. The second phase you’re on a plane that flies around the screen, so you have to repeat the shoot the orbs, but now you have to factor in daft erratic movement into precision timing/firing.

Fucked if I know. The text is simply too quick to read. There is something about a girl (Lily) being kidnapped by SMO, and you use Crimson. Which I believe is a magical gun. Other than that you play as two teenage Japanese girls who might be called Kou and Yuri. 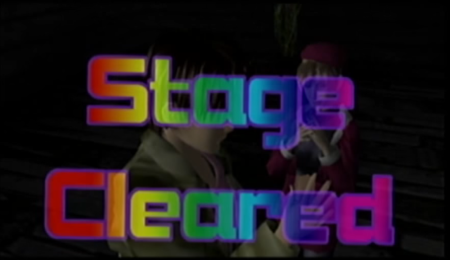 Huh? Colour scheme people, you have them for a reason!

Here you have to complete a level without missing 10 times, AND to use as few bullets as possible. You don’t go through the whole game, instead you select stages. It is a really fun distraction, and adds life to the game. But this is a seriously hardcore feature that is only really for super nerds (like me).

I can get through the first stage only missing twice, so this demonstrates how strong the pewing is in Guncom.

I’ll be honest, I like this game. It is flawed beyond belief, but the core gameplay is surprisingly fun. The shooting is accurate, and extras such as bullet mode are really novel.

Death Crimson received generally negative reviews and tended to score in the low 40s. Game Informer sneered “there’s no logical reason why you should buy this game as it barely offers a challenge, contains dated visuals, the game makes no sense, and overall, is no fun to play” 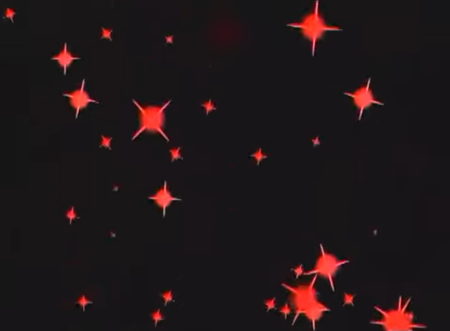