Posted on September 25, 2016 by Van Rockingham — Leave a comment

What better way to wrap up Konami month than with Silent Hill 3, on anniversary of reviewing Silent Hill 1! 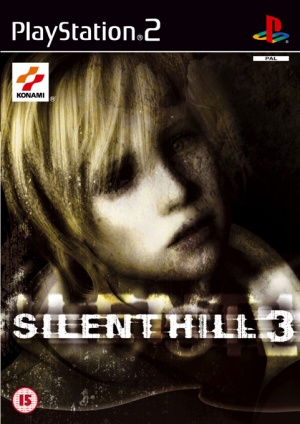 Silent Hill 2 is my favourite game, I honestly think it to be one of the few examples of a perfect videogame, so coming into Silent Hill 3 for the first time it has some pretty big shoes to fill.

The Silent Hill series usually require a few playthroughs or a thorough rummage around to truly understand each game, they are drenched in symbolism and the stories do not always initially make much sense. Silent Hill 3 follows this tradition.

Unlike the two previous games, rather than having a slow build up with little to do, you’re dropped right in the shit from the start, you’re immediately attacked by giant penis monsters (Closers). You have no clue what is going on, it is very disorientating, and it purposefully makes little sense.

The other big difference storywise is that you’re not in Silent Hill for two thirds of the game! You play as Heather, a 17 year old trying to get home to see her dad. As you attempt to leave a shopping centre you’re approached by Douglas Cartland, a creepy looking detective asking you to visit Silent Hill. As you make your escape from Douglas things turn for the worse, and you’re suddenly in an eerie, other worldly shopping centre filled with the aforementioned Penis Monsters, and Vagina Dogs (Double Heads), after a few hours of gameplay you finally get home, and you discover who your dad is.

Silent Hill 3 is a real Survival Horror; ammo is scare, you are mostly useless with a melee weapons, the controls are awkward, and the best tactic is usually to avoid enemies.

The Silent Hill series really doesn’t do cheap scares, things will still make you jump, but Silent Hill 3 would rather fuck with your mind. The “Blood Mirror” room in Brookhaven Hospital is spine-tinglingly creepy. Same with the bloody footsteps. They sent chills down my spine. You can hear foot steps, and then after a while bloody prints appear that lead you down a hidden path. Silent Hill likes to play with your imagination, you think something scary is coming. You expect a big fuck off monster to appear, but this is Silent Hill, it tortures you, it doesn’t break its routine to offer a cheap jump scare. 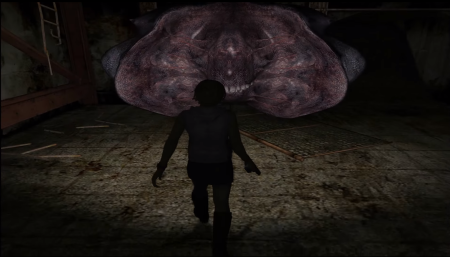 Silent Hill 3 really shines with it’s puzzles. Like in SH2  you get a choice of easy/medium/hard puzzles, with each level changing the puzzle/answer. As an example, the Brookhaven puzzle is found here <—- OBVIOUS SPOILERS WARNING. You have to think, you have to write things down, you can cheat, and use a guide but you are encouraged to engage your brain. I still haven’t played a game with better puzzles than the Silent Hill series, and there isn’t a box pushing puzzle in sight!

9 out of 10 people can’t tell the difference

Silent Hill 3 is a direct sequel to Silent Hill 1 and is set 17 years later. Heather, the playable character, is the child you see Harry running off with in the canon ending of the first game. Unlike SH2, where all the people featured are drawn to the town because of something that happened in their lives, Silent Hill 3 returns to the weird culty shit of the first.

In Silent Hill 3 it takes a while for anybody to make sense other than “introduced for story purposes”. Douglas Cartland and Vincent Smith could be replaced with a Ficus Tree for all they offer on a first playthrough, and Claudia Wolf is a discount version of Dahlia Gillespie. While the symbology of childbirth is easy to figure out early, the roles and purposes of the other characters don’t feel as fleshed out as SH2. But the more you play, and the better you get at searching for the hidden memos, the more these characters start to make sense.

Most people advise you play Silent Hill 1 before playing 3, but to be honest, I don’t think you need to. Everything is hidden from you, it is made clear who Heather is after she returns home to see your dad. It is only there that the surname is mentioned, and then later the game reveals were the baby in the first game. Visits to rooms in the first game such as Alessa’s room don’t require prior knowledge for the room to make sense, and certainly doesn’t spoil anything. So while the story is continuing, it makes sense without playing the first game. The only thing that won’t make sense to people that haven’t played the first game is the projected video of Lisa Garland.

That’s not the seal of Metatron!

There are also nice references to SH2, and they will only work if you have a SH2 save file on your memory card. They don’t add much, but they are nice little touches that link into the second game. If you haven’t played the 2nd (or don’t have a save file on the memory card) they don’t appear. They don’t reveal anything “important” as they are 4th wall breaking comments.

I’m not a fan of the changeable ending, or how the endings work. There are two, plus one secret ending, and you can only get the “normal” ending the first time you play. It means if I want to get more than the default ending you have to play the game again, and even then it isn’t guaranteed. I liked in SH2 that there was a sliding scale on how to achieve the different endings, and most were obtainable first time through. In Silent Hill 3 it is a points based system, you get points for killing enemies and taking damage, get more than 4000 points and you get the alternate ending. But this only occurs on a second playthrough.

The changeable ending doesn’t really make much difference, and each ending is pretty much the same, but different.

The third ending is the alien ending. Personally, I think it is fucking awesome, you can watch it here, and it doesn’t really spoil anything as it is a joke and links in with the joke endings from 1 and 2.

Silent Hill 3 is also a little linear, unlike previous games where you would have short sections where you could explore town, then moving into the larger puzzle sections of the School/Hospital/Apartment Block, everything is now connected. You leave the Mall, into a Subway Station, you leave the Subway into  sewer/underground passage etc. Even when you finally reach Silent Hill all the roads are blocked off. Exploration was heavily rewarded with ammo/health in the previous two games, here you aren’t really able to explore in quite the same way and most items are discovered by default.

Silent Hill 3 is a great game. On the surface there isn’t as much to discover as in 2, but dig around and you’ll find a story just as compelling as as the previous entries.

Newbs to the series can be put off by the controls, and they are a bit awkward. I find it difficult playing Resident Evil then playing a Silent Hill despite having similar control schemes, but Resi relies on more action shooting gameplay. In the Silent Hill series you’re a random person who isn’t trained in bludgeoning floor badgers (Slurpers) to death with a lead pipe.

Finally, for me, the endings are a little weak, and the game lacks the same emotional gut punch as SH2 but it is still a fantastic game.

Cons: The way the ending works, not much Silent Hill, and a little linear. 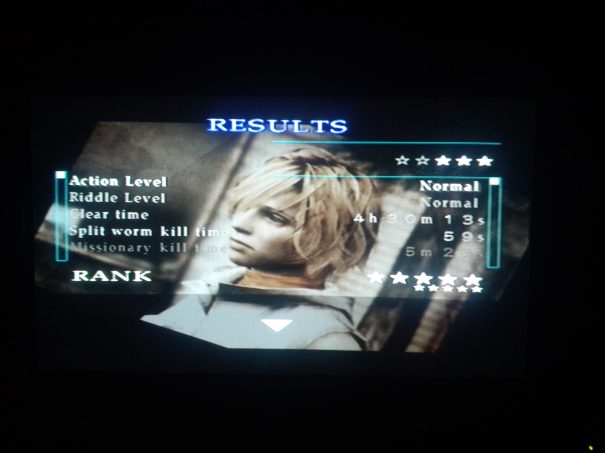 Not too long a game on a first run