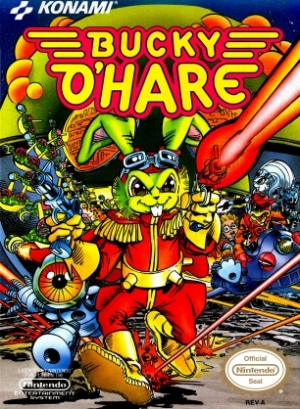 I don’t remember Bucky O’Hare. I knew of it as a kid, and I had some of the toys, but after recently watching the 13 episodes that were made for TV I realise I had no recollection of it. Which makes this an odd one for me. I kind of have nostalgia for it, but not really enough to blind me to the faults.

The cartoon is pretty hard to watch now, and can be as cringey as The Turtles cartoon when re-watching, but presumably you came here for the game…

Buck O’Hare is an action platformer in the vein of Mega Man. You have a non-linear level progression and you pick and choose which level you do in the order you prefer, with optimum routes possible.

The first half of the game concerns you rescuing your 4 shipmates; Blinky, Jenny, Deadeye, and Willy from the clutches of the evil Toad Empire on four typically NES themed planets (ice/fire/forest, and industrial), though unlike Mega Man, each level is usually 8-10 shortish stages totaling around 10 minutes per level if your’re competent.

The next quarter sees you re-rescuing the same people, and this is a little annoying, as the best gameplay revolves around the character swapping mechanic.

One of the final levels, and probably the only one where Deadeye is useful.

The plot is a little light, and very little of the cartoon/comic story is featured. There is no S.P.A.C.E (Sentient Protoplasm Against Colonial Encroachment) -which must get an nomination for the “Try too hard to create an acronym” award along with Marvel’s S.H.I.E.L.D.

No KOMPLEX, and no United Animals Federation, and the story boils down to, people captured on the themed planets, rescue them, then go attack what amounts to a Toad Army Death Star, named the Magma Tanker.

**cough** the ship is called the Righteous Fury **cough**, oh and, urrrm, story…

Bucky O’Hare is a little Megamanny, once you defeat the level boss you rescue a compatriot, and you thus gain a new ability. These abilities are used to navigate the level in different ways or attack enemies in a new way. Each character has a different weapon, and a different secondary ability: 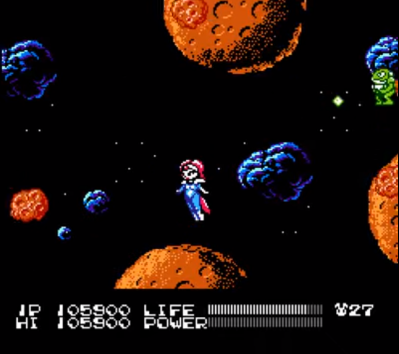 This level is a little disorientating

This means that controlling each person will allow you to unlock different sections of a level, so it is a little disappointing that 3/4s of the game you are prevented from fully exploring.

The different abilities also cater towards how you choose to take on a boss. There is no rock/paper/scissor type use this weapon for added damage on a certain boss. What you get instead, are characters that will suit your abilities, and preferences. Yes, some character abilities can prove more useful versus a boss, but there isn’t a boss where any character isn’t viable to all but pros. Some of the bosses change their tactic during the battle, or have different stages to the fight, meaning you are encouraged to swap between party members on the hoof. This isn’t required for most of the game, but you gbetter get used to it, otherwise the 2nd to last boss will rape your face.

This boss makes me sad (rage)…

Some of the stages are hard, and some of the bosses can be infuriating at times. But it never becomes Mega Man 1 frustrating. Instead, you get unlimited continues from the start of a stage/boss fight. It means you never hit a brick wall like the Yellow Devil. Yes, sections can be hair rippingly hard, but the ability to instantly retry stops it from becoming too much of a chore. It puts it in the Super Meat Boy territory of difficult but fair, as it allows you to concentrate on learning the routine. Rather than forcing you to repeat a full level over and over, dying at the same spot and simply end up having no fun.

I sucked balls at this bit

There is a password system, so while I did have to put the game down and take a break when I was getting a bit het up, it meant I could continue from where I was up to.

The passwords only appear at the end of a stage, so it can be frustrating if you’re on level 9, and need to stop. But at the same time, with the unlimited continues, it was usually enough motivation to get passed a section, get a password, and then turn the game off for a break. 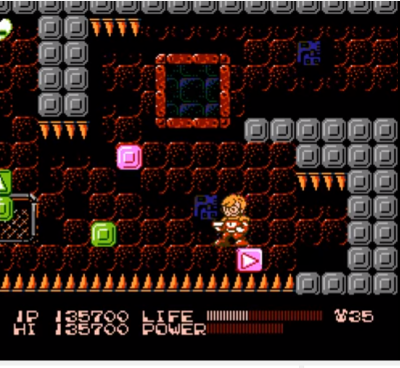 I sucked even harder on this bit…

There are a number of instadeath sections too, and again, unlike say Quick Man stage in Mega Man 2 not having to repeat sections takes the edge off the difficulty.

Bucky O’Hare is a great game, I love the Mega Man series, and I would put this on a par with MM2 for gameplay. But what makes Bucky a more enjoyable game is the instant reload, and infinite continues. Boss fights such as the final boss against Toad Air Marshall are just as hard as the Yellow Devil, but the ability to instantly try again off of a continue means you don’t have to be a pro and hone your twitch reflexes to beat it. It means that moments of frustration never really lead to rage outs.

The price might put many people off, as Bucky is one of those overpriced games and by extension “rare“, but it really is a great game. If you can find it cheap, or if you like emulating, then Bucky O’Hare is a must.

Pros: instant reloads! Shouting JENN-AYY whenever you switch to Jenny, the soundtrack

Cons: The sprites are a little squashed, Willy Du Witt 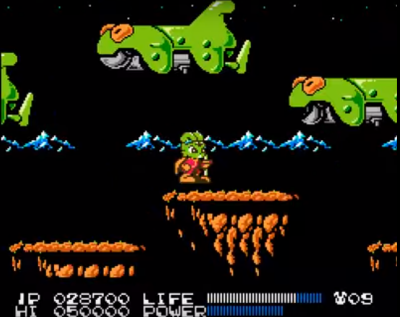 I loved this level, and needed a picture of Bucky…