Posted on September 12, 2015 by Van Rockingham — Leave a comment 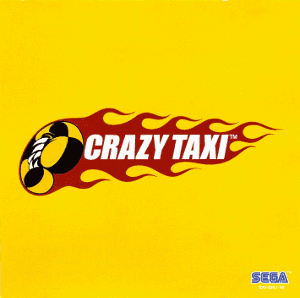 I have to get something off my chest. And from reactions on Twitter, this is a lynching offence.

Crazy Taxi… Is not a good game.

In fact, it is a pretty shit without the nostalgia glasses or fanboy-ism, here’s why.

Crazy Taxi controls AWFULLY. The handling, the physics, they are all on a par with Ridge Racer. If you hit something, you’ll bounce off or plow through it.

It honestly is one of the worst driving experiences I have played.

I know it is an arcade game, and doesn’t place any emphasis on simulation, but at a minimum, I expect it to feel like I am driving a car, not a moon buggy. 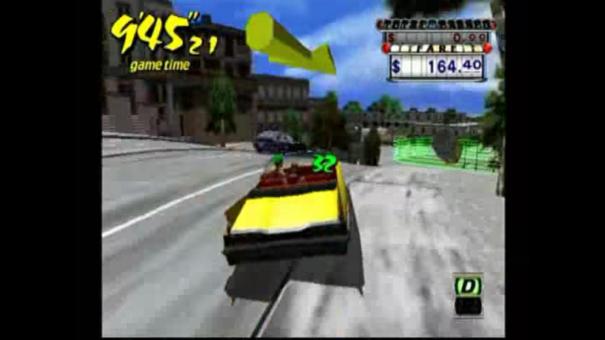 This is pretty much the entire game…

Awww, but the soundtrack is amazing!

If you play Crazy Taxi for more than an hour, you will hate “All I want”. This is a difficult task, but you will. Hearing the same 4 tracks over and over and over is a chore.

There are 4, they make no difference.

Axel, B.D.Joe, Gena, and Gus. That is the difference.

They do the same thing…

To really master the game, you have to perfect the annoying “flick the buttons” trick to do a drift or boost start. Hit reverse, then drive, then your gas just right, and you’ll get a boost. Do the same while going round a corner, you’ll go faster. Think joystick wiggle in later Mario Kart games.

It isn’t deep, it is easy to learn, sadly, as it is a checkpoint racer you’ll need the boosts, and constantly spam the drifts the maximise your score. The novelty wears off very quickly.

There is a challenge mode, but, it sucks sooooo much ass. Especially ones like the Bowling challenge. You have to race around a track that takes 35 seconds to do. You have 40 seconds, but you have to hit ALL the pins along the way (100 I think). You don’t have time to go back and hit any missed pins.

You have to have a perfect run to complete it. I would have preferred, say a 80-90% run to advance, and the 100% for those completionists/score hunters.It just isn’t worth doing.

It lacks the depth of Tony Hawk. It is just one level, and while it looks good, gets old VERY quick.

This is an arcade game, it has less than 10 minutes of reasons to play it.

There is little to no replayability unless you’re really into highscores.

Pros: Looks good. The few songs they selected are ace

Cons: You’ll be sick to death of them quickly. No depth, plays badly.