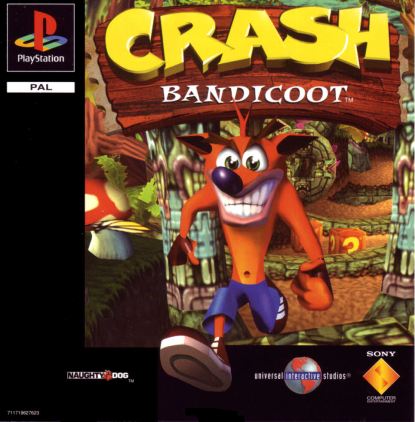 Remember when Naughty Dog made something other than Uncharted? No, well they did.

On to Crash Bandicoot…

Crash is pretty much Sonic, lets face it, he is a silly anthropomorphised animal with attitude. Thankfully Crash Bandicoot isn’t as bad as every Sonic game after the Megadrive though that doesn’t mean it is good. It is easy to pick up, but difficult to master, and is a little bit bland.

The difficulty curve feels all over the place at times, but they do in most platformers (I’m looking at you Donkey Kong Country), so overall it doesn’t feel unfair but you will die a lot with a shonkey ass camera angle.

You collect 100 apples to gain a life, tiki masks for protection, so yeah. It is pretty much your standard platformer in that sense, just not as good as 2d platformers, or any of the ones on the Nintendo 64 (Banjo Kazooie/Mario 64/ Donkey Kong 64).

There is a story, something about your girlfriend being held by Dr Neo Cortex and some form of genetic experimentation, but none of this is mentioned in the game. You wash up on shore at the start, and run across 3 islands, beating off (hur hur) robot animals. Wait, this really is Sonic isn’t it! And eventually save Tawna, your girlfriend… 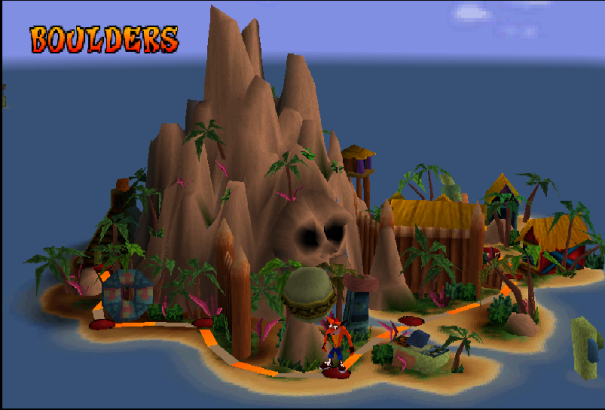 One of the things that dissapointed me most in Crash, was the under utilised game styles, for example, there is one Hog Ride level, you sit on a pig, and it runs you through the level. This is the best level, but it only happens once. It suffered from some bugs, but it was the most fun level, and could/should have been repeated.

The Indiana Jones style boulder chase are also pretty fun, but these were few and far between. 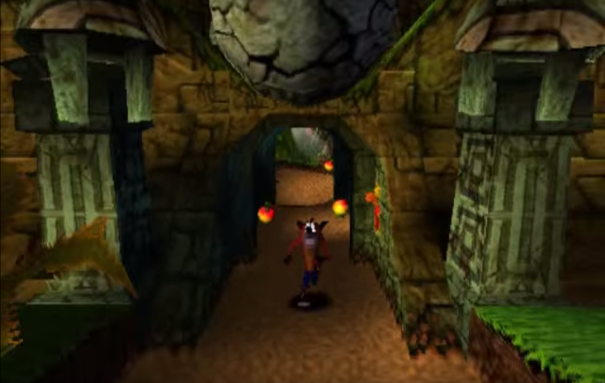 Other than that, the missions are either run forward, or run sideways with very little variety in what you’re doing.

A major niggle I have is the ability to use branching paths. It is a nice idea having the branching paths in a platformer, it encourages exploration, but this is only implemented in a a couple of levels. Only doing it around 3 levels makes it feel odd, and counter intuitive and is only there to make 100%ing the game that much more of a chore.

I feel as though they could have mixed it up a lot more, but overall, the limited variety does offer a nice change of pace.

There are a couple of other issues I have with the game, and I guess I’ll count them as bugs. 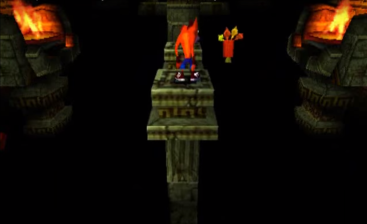 For the completionists out there, you can 100% the game, to do this, you need to beat each level without dying and find all the boxes. To be honest, this is tedious. The first 8 or so levels you need to unlock gems from levels 15-25. It is not fun having to go back and redoing earlier levels, because Gem A  allows access to 3 extra boxes on level 2. This would have made more sense the other way round.

There is a challenge to this, but the challenge is the wrong way round. You need to gem a lot of very hard levels, before you’re allowed to go and gem the first 10 and by that point in the game you’ll be too bored to try.

Crash is an average at best platformer, it has some nice ideas which it fails to fully explore.

It isn’t bad, but everything on the N64 aas better.

Cons: Uses those ideas once and you’re sat waiting for them to reuse them. Oh loo, an animal in pants.