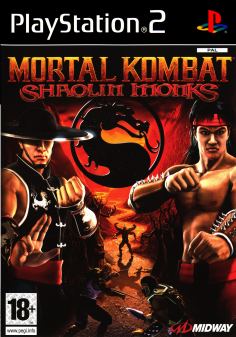 I have a history with Mortal Kombat, I used to think it was the greatest thing ever, but after replaying 1, 2, 3, and bits of Sub Zero: Mythologies, it became clear to me that Mortal Kombat wasn’t just a poor game, it was a pretty terrible series. It controls badly, it looks poor, and simply traded on the fact it was controversial.

But I’m a glutton for punishment, and on a whim, I selflessly bought my housemate a copy of MK:SM so we could play it. What happened next was unexpected.

Like Sub Zero Mythologies, this is a side scrolling beat ’em up. Unlike SZM, it is actually a “good” game. Take the stupid, over the top fighting of the Mortal Kombat series, add in generic bad guys, and almost unlimited fatalities, and what you have is a recipe for a fun multiplayer.

I’m not going to lie, it isn’t deep, it isn’t tactical, you can play 95% of the game just pressing “x”, special moves are done by pressing “R1 + SQUARE/TRIANGLE/CIRCLE”, but none of that matters, what matters is they have a core mechanic that is fun.

For the first time in the MK series that I have played, Fatalities are easy to pull off, and actually fun. 5 simple button presses will activate them, they are told to you, and you can do them as much as you like. 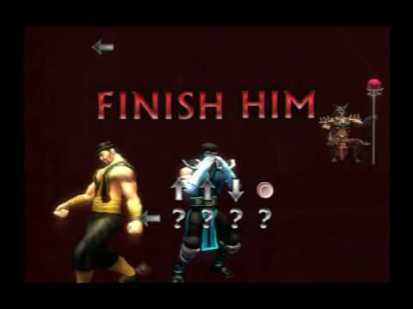 All the fatalities are this simple

It can slow things down, especially when playing with a second person, but it still remains fun. Liu Kang has 9 fatalities, 2 multalities, and 1 brutality. Kung Lao has 9/2/1, Sub Zero has 3/1/1, and Scorpion has 2/1/1. So there are plenty to learn and see.

The game is fairly linear, which is fine, but at some points you are given no clue or direction as to where you need to go. You have to remember to go back to a door you couldn’t get through earlier.  This can become tedious and frustrating.

If the system was used more it would be more intuitive, but the odd section of, “oh, you just need to go to the Wu Shi Academy again” breaks the flow a bit too much.

Urrrrgh, you played an MK game? The stories are terrible and MK:SM isn’t too different. Set after MK1, and sort of during MK2 (apparently) Liu Kang and Kung Lao enter Outworld for dubious reasons in a “fiendish” plot by Shang Tsung to cheat a tournament victory. Don’t expect Shakespeare…

We entered a cheat to unlock Blue, and Yellow, as it is 10000% more fun playing as them. Liu Kang is fun, but you’ll have to mute the game as he make the fucking LU-LU-LU-LU-LU-LU noise every 2 seconds… 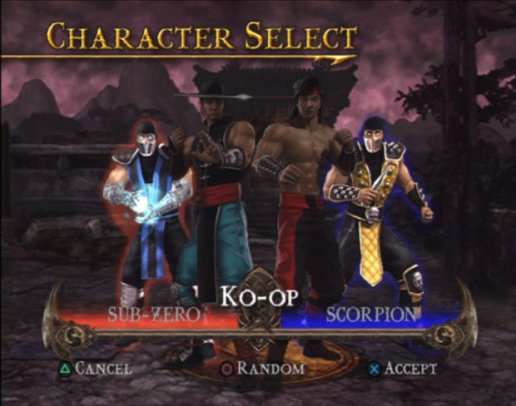 Anyway, back to the story…

As Blue and Yellow traverse the Earthrealm, Neatherealm, and other places, you’ll fight Goro (hard as shit) Green, briefly see Gray, fight Blue, and Yellow  and Inferno Yellow. It actually gets really confusing when you have 2 Yellows and 2 Blues on screen at the same time! But thankfully, friendly fire is off. 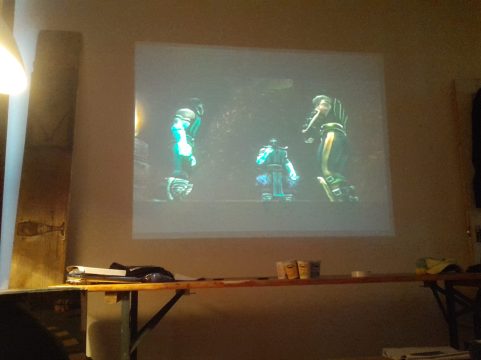 I know Yellow and Blue are unlockable characters, but Midway could have made some effort implementing them into the story. In cutscenes, they will refer to each other as Liu Kang/Kung Lao, the fight against Blue could easily have been palate swapped, or Liu Kang/Kung Lao implemented instead. It isn’t game breaking, it is just a little annoying, and lazy considering the work they put in to giving them their own moves/combos/specials and fatalities

The camera is pretty bad. It sits somewhere up there with Bubsy 3D, as being one of the worst cameras ever. Doing high speed platforming with a shifting X/Y/Z axis only means you’ll miss the ledge you aim for. It is a massive ballache.

Thankfully, in 2 player mode, if one player fucks up, they’ll be teleported back to the other player.

When you fight Green Sub Zero, you have to beat a giant snake by punching some columns. It is a massive hassle, and is needlessly long. The camera angle screws you over, so you’ll miss platforms, the snakes pattern, while easy to recognise will catch you off guard, and any mistake forces you to start the platforming again.

Oh man, this is horrible… We have tried and failed over a hundred times on this. You fight Shang Tsung, Kintaro, and then Shao Khan, with no health refills, take 2-3 hits on Shang Tsung, and you might as well reload. 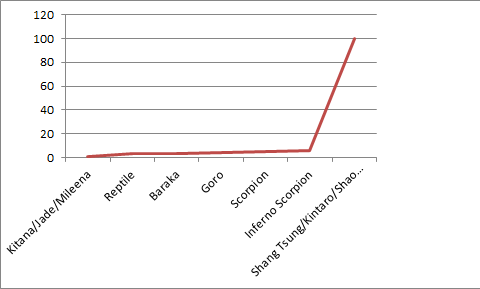 A difficulty graph for the bosses on Shaolin Monks

We are paying for using Yellow and Blue, these guys can’t do shit vs the three bosses. We are finally paying for nor being Liu Kang and Kung Lao, these fights are not designed for the character skill set we have.

Beating Shang Tsung isn’t especially hard, but he is random in his damage, he will turn into Green/Blue/Jonny Cage as well as stand TS form, the move sets are pretty random, and if he is JC or Green you’ll have an easy time, but when he is Blue or TS his moves do stupid damage if he catches you.

Kintaro is actually easy, as Blue, as you just ice slide him. Scorpion can’t do anything.

Shao Khan does horrible damage and eventually gets his hammer. All you can really do is spam projectiles, but Blue’s ice blast does little to no damage, and Yelloe’s spear leaves him too exposed to counter attack. Basically, all you can do, is run around in circles, and IF you get a chance, throw Kintaro’s head at SK.

Basically, the last 20 minutes of the game is so unbelievably hard in almost completely ruins the game. MINUS 15 POINTS.

Don’t bother with the original Mortal Kombats, they’re pretty poor. This is the best Mortal Kombat game, it is just a shame the ending, final boss segment go out their way to ruin it, this is common to ALL MK games, but I still found it disappointing for the game to fall in on its arse like the rest of the series.

Pros: Fun as hell, Blie is god. Yellow is OK too. LULULULULULULULU, and Fatalities

I come from a future World where due to the polar ice caps melting, there is only woodland. The World is ruled by a giant mechanical badger named Zordosh and as such I was sent back in time by The Resistance to protect the future leader ......a young otter called Bong Johnner. I seem to have gotten caught up as a games reviewer and heavy metal frontman in the meantime.....