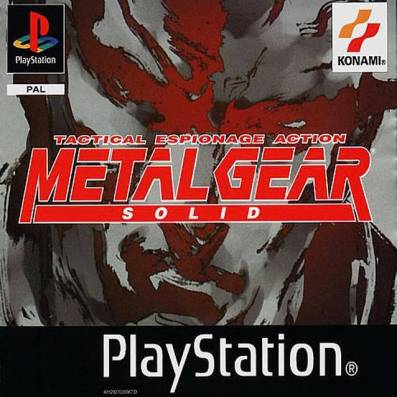 “Tactical Espionage Action Metal Gear Solid” to give it it’s full name (or Metal Gear 3 to give the correct numerical title) is one of the best games of PlayStation era, it combined stealth, and action, as well as a well told story.

Is it a good game? Was father time mean to it? At time of release it was scoring 10/10 across the board, and still holds a 94% metacritic rating.

So… Yeah, onto my review.

Like most PS1 era game the graphics are now fairly dated, with blocky monstrosities running around, but to give credit to it, MGS remains one of the better looking of the “3D” games.

The cutscenes are ok, and are sometimes interspersed with live action news reel footage, they blend well enough, and for the time were very good. Now, they’re pretty blocking, I can’t really complain though. 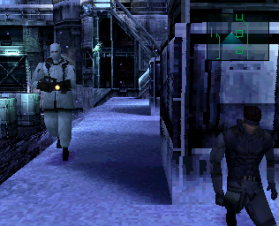 Urrrgh Otacon, the freaking weebo. He is useless, and appears only to tell you he is useless. I am pretty sure he is the reason I hold a near 2 decade hatred of Anime fans. From pissing himself, to general I’m a useless “nerd” tropes, I hate him. Plus, he is the “bad” ending. So screw that guy. 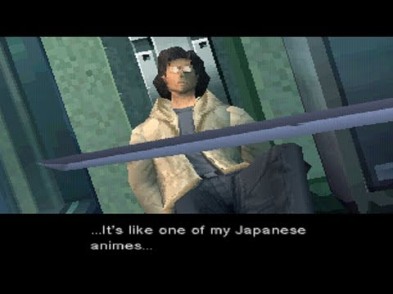 I hate this guy

There is a lot, and I mean A LOT of story. About 8 hours worth if you read/listen/watch everything. The game itself is 2 hours long, but if you watch the cutscenes, it is suddenly a 10 hour epic.

Basically, what you get is a generic Tom Clancy, nukes have been stolen, government conspiracy lark, but in 1998 this was relatively new and exciting, so while this story has been retold a bazillion times, at the time 14 year old me’s mind exploded. There are double crosses, underhand tactics, and a Wesker moment, that having played Resident Evil already you see coming about 9 hours before the story reveals it to you. Hint, if they have sunglasses on at night time, they’re the baddie. 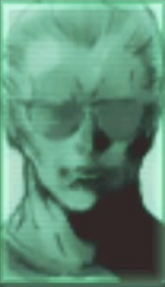 On your first playthrough, watching the cutscenes is essential, as 12 minutes into a 15 minute cutscene you’ll be told some crucial information. If you have played before you can skip, but if you’re revisiting and don’t remember some details, you’ll need this otherwise you get stuck. 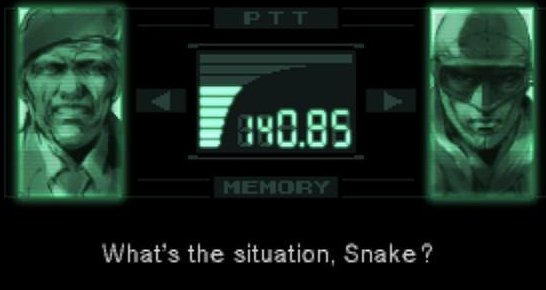 Get used to this screen, you’ll see it a lot.

Case in point, contacting Meryl. Be honest, how many of you got stuck on that bit? Be honest.

I know the Colonel tells you the information is on the box. But, how many skipped that cutscene? I know I did, and I did last year when I tried replaying it… Yeah, I gave up, and a certain Ego Raptor video reminded me what to do.

This happens later in the game with Weebo, except you’re not told to call him, you just have to figure it out. Again, simple if you remember, annoying as fuck if you don’t.

MGS combines stealth with action well, and does the stealth better than more modern games, and is certainly better than it’s peers (Tenchu). But the AI is somewhat limited, guards have a field of vision of about 3 meters, and a memory of 10 seconds, if you successfully hide for 10 seconds they’ll forget you where ever there and return to their patrols. However, some rudimentary tactics can be employed, such as knocking on a wall to lure a guard to a trap.

The hours of story are broken up by 10 minute sections followed by a boss of varying difficulties, personally, I find Revolver Ocelot one of the hardest, as I can’t hit the bugger.

The tank, is fun, but suprisingly easy.

Cyborgninja, is difficult until you figure out the pattern.

Psycho Mantis is probably the coolest, most frustrating boss you’ll ever fight in a game. If you don’t know, you’ll eventually be told you need to swich to the player 2 control port to beat him. Also, if you were one of the two* people who bought Castlevania: Symphony of the Night, Mantis will talk about it when he “reads your mind”. *Based on UK eBay prices 2 copies were sold.

Sniper Wolf 1, the first version of Sniper Wolf is my 2nd favourite boss. One thing I do wonder is, why is a woman of Kurdish origin white with blonde hair? Pretty rare genes for that region of the world.

Hind Helicopter, this boss isn’t as fun or epic as it should be. It is standard cat and mouse, where you shoot with the missile launcher when the Hind is in the open.

Sniper Wolf 2, is my favourite boss, the sniper section is actually quite fun.

Vulcan Raven, the boss battle had potential, but is a bit of a let down. If he sees you, you’re fooked. So, you can either, a) Remote C4 him, b) Nikita Rocket him, c) Stinger missile him. The Nikita option is most fun, but is painfully slow, and you’ll lose a lot of rockets attempting it. The C4 option is SUPER tedious and slow. The stinger option, is quickest, and most high risk. Choose option c.

Metal Gear Rex, hard as shit until you realise to throw shit tonnes of endlessly spawning Chaff grenades, then stinger the fuck out of Rex. Fun! Most peoples favourite boss. 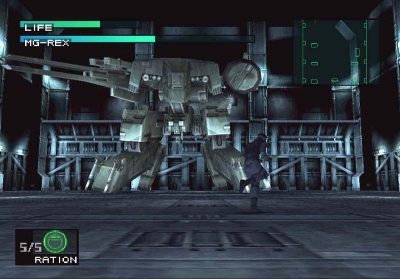 This should have been the last boss, none of this stupid mano a mano lark!

The game is actually very linear, but there are a few extras to explore, you’ll probably not miss any of these rooms, apart from maybe the one with the camera near the start. T

The two “you need to call someone” sections are annoying the first time, and are very counter intuitive, but, were ‘not that uncommon’ in mid 90’s games, and were designed to fight piracy. NOBODY LIKES DRM!

Other than that? Well, you basically run forward, and you’re signposted where to go. 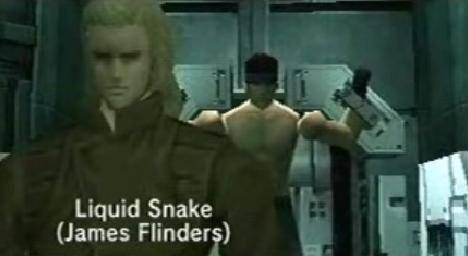 With 2 endings, some unlockables, and VR missions there is some life in the game after you complete it. The ending is down to whether you survive torture or not. This is unfair on those incapable of button mashing, as you’ll be called out as a cheat for using a rapid fire pad, but tough-titties on you.

While dated, MGS still holds up, I don’t think it is in the upper echelons of the 90’s anymore, but is certainly a high 80’s low 90’s game. 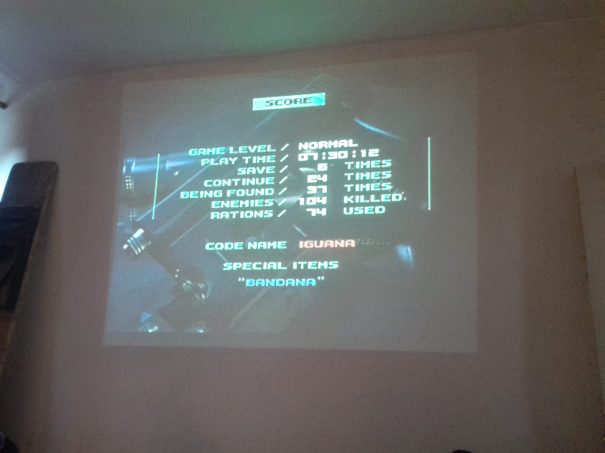