Coming at Final Fantasy IX felt strange, I bought it on release, and to be honest, I don’t know if I ever completed it. I remembered I didn’t like it, and from playing it again, I didn’t remember basic plot outlines, so can’t imagine I got too far.

So when I got round to replaying it I was kind of expecting this to be a let down. I was wrong.

Played a Final Fantasy? You know what to expect, Open world, random encounters, good story,  you get a time bar, you input moves, and await your turn. Rinse and repeat for 20+ hours.

The main differences between IX, and VII & VIII, is that FFIX returns the series to a traditional fantasy setting, reintroduces character classes, and has an ability system that is not too dissimilar to the Esper system of FFVI.

Gone are the catch all characters that will perform any role you want, instead you have a system where you need to think about the squad make up, and have people whose strengths compensate for the others weaknesses.

Being a fantasy based game, and stepping back from the Sci-fi elements of FFVII/VIII, IX adopts a more cartooney graphical style, and a medieval setting. As a result it looks better today than 7 or 8. Both of which, without the rose tinted glasses look pretty terrible. 7, is still one of my top 5 favourite games, but man… it looks like shit. 9, looks ok, the characters are defined(ish), and the style holds up. I hate the design of Amarant, and Quina, but overall, the game looks the best of the PS1 era Final Fantasys.

Zidane goes to kidnap Princes Garnet/Dagger and things escalate quickly… I wont spoil the story, but Queen Brahne goes a bit insane, goes on a rampage under the influence of Kuja, minor plot twists occur, and you save the day. This is a FF game, so the game is set on Gaia, magic exists, and summons are awesome (Eidolons).

The game took me about 16 hours before it got going, so for disc 1, and most of disc 2 I found it pretty boring. Once I hit the Iifa tree, the game picked up.

Thankfully, Square also got rid of the douchey lead characters from 7/8 (and 10). The plot twists, and character development seem more realistic, and there is no “Oh, yeah, we’re all brothers and sisters from an Orphanage” type twist to suck the life out of you.

Zidane – Is a humanoid with a monkey tail… He starts the story as an actor/abductor for the Tantalus theatre company, plot twist aside, he is a likeable character. He is a thief, who isn’t that useful in a fight.

Princess Garnet/Dagger– is <minor spoiler> the adopted daughter of Queen Brahne</minor spoiler>, Garnet is the chief driving force of the story, though I managed to get her onto disc 2 still on Level 1. She is a summoner/healer/passive buffer. Only Dagger and Eiko can cast curative spells.

Steiner – Steiner is probably the most one dimensional character, he is a proud, chivalrous knight, he never really advances the story, and is a little bit of filler storywise. He is however, the one whose stats go insane, as he starts dealing ludicrous damage on disc 3. He is a knight, so he gets heavy armour, and party buffs/enemy debuffs.

Vivi –  Vivi’s story is probably the best, well written character in any FF game. Viv’s story revolves around the idea of mortality. Having said that, he avoids becoming Squall/Cloud/Tidus by not moping throughout the game. He is a Black Mage, and is the only playable character capable of casting offensive spells (until Eiko gets Holy)

Quina – I… just don’t know if I like Quina, s/he is a weird creature whose gender is deliberately vague. S/he’s move list are gained through “eating” a weak enemy, and absorbing the Enemy Skill. These vary is usefulness, but Frog Drop becomes awesome once you collect 99 frogs.

Freya – Freya is a character whose story doesn’t really feel finished. She is a Dragon Warrior, and is looking for her lost love. <Spoiler> Lost love turns up, and has amnesia, and isn’t mentioned again… (until 15 minutes into the end credits </Spoiler>. Freya is the dragoon class, so has the Jump ability, and some vaguely useful buffs, like “All Regen”. Her use is limited until later in the game, where Dragon Crest deals damage based on level X amount of dragons killed while she is in party. This is a set damage rate, so by disc 4, she is doing 9999 per turn.

Eiko – Eiko is a 6 year old girl (creepy) who loves AssClown (even Creepier). She is the last of her kind, until we discover she isn’t. She is a summoner, who very late in the game can cast Holy, she is the better of the two healers, has higher health, and is all round more useful to have in a party than Dagger. She fulfils the “Quirky Character” spot on the roster, but isn’t too much of a hassle.

Amarant  – Amarant joins the party at the very end of disc 2, he is sort of the Vincent Valentine of the game, he is a bounty hunter who doesn’t understand Zidane’s motivations, he is my least favourite character, and I didn’t really get my head around his abilities.

My ideal party was Zidane, Steiner, Freya, Eiko, however, it is only on disc 4 where you finally get full choice of party (Zidane aside). Throughout the whole of disc 1 to 3, you are given your characters based on the storyline, so main character will swap between almost all of the characters at some point. This is a nice feature, as it means everyone is used, and you get to learn skills, and learn trade off of strengths and weaknesses.

Kuja, the games main antagonist/final boss is a bit weak for me, he lacks the fear factor of previous bosses,  he is the weakest element of the game. You never feel as though he can’t beat you, unlike Beatrix.

Beatrix is BAD ASS! And I wish she played more of a role. She performs the Sephiroth role for the first half of the game, where she is utterly badass and stomps all over you.Though her role diminishes as the story progresses.

Necron is the final boss, and literally makes no sense. He is never mentioned, and serves no purpose.

I was disappointed by Tetra Master. It is annoying, and doesn’t really  provide any purpose other than to collect the cards. At least in 8 cards could be turned into items.

In 9, nothing… I nearly completed the collection, but I couldn’t really be bothered with the faff for little reward.

To beat Ozma, the ultimate (optional) boss, you have to jump through hoops, and be lucky (or really leveled). You need to do:

Collect all the Chocograph pieces to unlock the Gold Chocobo, and get the weapons from the chests. The Chocobo Hot ‘n’ Cold game is pretty boring, and takes much longer than it really should have to get going.

You need to complete the Friendly Creatures side quest, where you feed 9 creatures on the world map ore (and other things), doing this will allow you to use “Attack” on Ozma.

Once you do these quests which is a good 10 hours of grind, you have to fight the hardest FF boss to up to that point in the series. Ozma has adaptive AI, so will not cast spells if you’re immune to them, this means she will cycle through her move list, and increases the chance of Meteor. Meteor is not your friend, it will do random damage to all party members (6000-9999 per character).

Moves like Curse makes your party all small/blind/confused, so you need to leave certain immunities off, otherwise Ozma will skip the move. Which, increases Meteors chances.

Ozma is not a Ruby Weapon type attrition test, you have to kill her as quick as possible. If you fuck around too long, one of those meteors is going to wipe you.

All the character Ultimate Weapon’s are fairly simple to find… Except Excalibur II, to get this for Steiner, you have to get to the 3rd last boss in the game in 12 hours… It took me 8 hours to get to disc 2! It is clearly possible, but ultimetly, I’d say it isn’t worth it. I play FF games to relish the story, and immerse myself. A 12 hour sprintfilled with hundreds of possible places to get stuck isn’t worth it to me. Huge kudos to anybody good enough to get it though.

Other minigames (Hippaul/Skipping/Frog Catching et al) vary in usefulness, and you’re limited to when they can be completed, Hippaul can only be done at the very start of disc 3, skipping comes and goes, and requires Vivi/Eiko. But overall they provide a decent enough distraction to while away the hours. 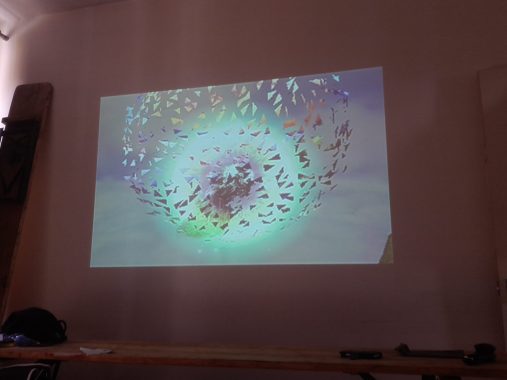 This is a fantastic game, and I urge you to play it, the only real downsides are, the game takes forever to get going, and the Tetra Master isn’t as good as Triple Triad. If you can get through the gumpth at the start you’ll be rewarded with a compelling story, cool characters, and a world ripe for exploring.

It is certainly top 3 of the Final Fantasy series.

My save just before last room.