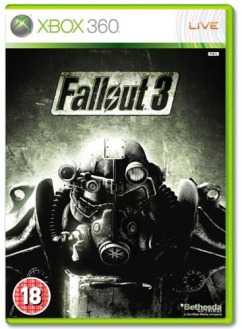 So, Oblivion with guns, more commonly known as Fallout 3. The hype machine around Fallout 4 is in full effect, so I took this chance to relive my time in the wasteland, and spend a (relatively) good 36 hours avoiding Deathclaws, and punching radroaches in the face.

I’ll be honest when I started playing this game, I really wanted to hate it. I could remember all the flaws, and none of the positives. So going back to it, how does it fair?

Aids Burger is the Lone Wanderer in this adventure, he is a psychopathic evil genius. His chief skills are Sneak, Lockpick, speech and Science. I have 2 strength, and less than 30 on all weapon skills. I can’t fight my way out of a pudding cup, but I’ll talk everyone into whatever the hell I like!

The main story is pretty shit. You can’t deny it, dad disappears, people try to arrest you. You escape, and then spend 20 hours schlepping around the wastes looking for daddy.

Then, 2 minutes after finding him, he dies in a desperate attempt to prolong the game another 10 hours. This is all intersected with hours and hours and HOURS of fucking tunnels.

OH GOD… THE TUNNEL SECTIONS ARE BORING. All the story missions require you to “Go to A, and THEN be told you need an item from B” usually via 30 minutes + of tunnels. As a result the whole main story is pretty bland, with very little variety. 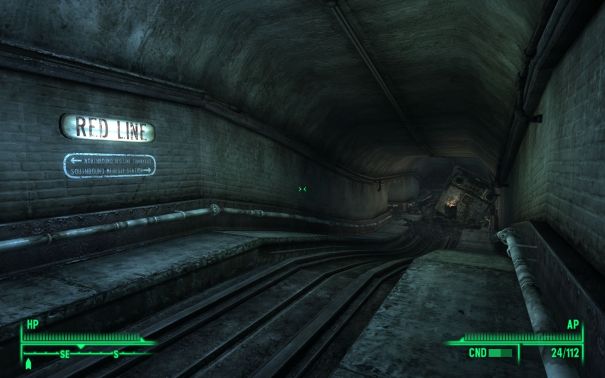 Expect to spend 10+ hours with this view

The stats don’t really work as they should. I got to 100 speech very early in the game, but I was still losing speech challenges, and the Science skill only allows you to access terminals with a higher rank, not making them easier so it kind of makes the stats system redundant on certain aspects.

Bosses, are also non-existent. The final boss, is like every other fight. You walk up to him, go into V.A.T.S, and shoot him in the head 2-3 times, and he dies.

Combat in V.A.T.S is fun, but the standard FPS fighting is a bit boring, the guns are inaccurate (as they use the modifier stats rather than where your cursor points), the hand to hand combat is my preferred mode of combat, but again, this is a little simple. Hit, step back, hit, step back, or circle around the enemy swinging wildly. You’ll never take a hit if you run around them, but you will hear the Benny Hill theme in your head as you do it.

Well, a lot of things!

The character creator, while a little simple, is pretty awesome, the birth to adulthood section is a really clever, and novel way of telling the story of how your character develops.

The side quests are the most interesting aspect of the game, and there are over 200 locations to explore, so you find yourself going ever further into the world, exploring every nook and cranny, as long as it doesn’t involve tunnels… Seriously, the tunnel sections suck.

There are around 50 side quests that I know about, but a lot of them require a specific skill to unlock, for example Reilly’s Ranger quest needs either high speech (to convince the Doctor) or high medicine (for you to heal Reilly.  Others require random encounter, so chances are, you’ll miss a lot of the quests on a playthrough, even with thorough exploration. 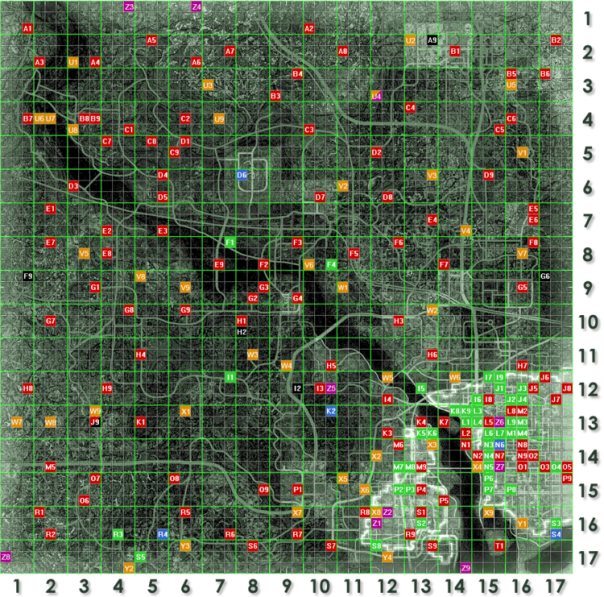 The story picks up after your dad makes his cameo, and you start going on quests away from the Georgetown area of D.C.

Paradise Falls offers some interesting Karmic choices, but with my evil genius scientist, I was neither Pro, nor Anti the Slave Trade, what resulted was a pickpocketing scam netting me 5000 caps, before finally being caught, and having to murder my way out of the village.

The allusion of choice works very well in these sections, unfortunately, there are too many binary choices, that make all other decisions a little redundant.

Looking at the map, there is too much condensed in and around Georgetown, my advice is to run along the river to get to Rivet City, and never bother going into the main section of D.C otherwise, it is tunnels, followed by tunnels, followed by more tunnels. Getting to the White House is the single most unexciting thing in the game.

I’m not sure there is “endgame” to be honest, you can kill the Super Mutant Behemoths, you can complete the map, grind to 20 level, but to be honest, after about level 15 the game starts to drag, and the perks/stats stop being as useful.

Once you get to the final section of the story, and you go off for one last adventure before choosing your ending, you look for quests, you do the Nuka Cola Quantum story, and… I lost interest somewhere around the “Reilly’s Rangers” quest, where you have to schlep through 93,000 miles of fucking labyrinth like tunnels… It was at this point I decided I had had enough.

Some quests bugged out on me because I had missed earlier quests, one of these was escorting a guy from Little Lamplight to Big Town, well I fucked off going to Big Town when I left Megaton, because “meh”, but as a result of this, when I brought the guy to Big Town, he bugged off through the map, and I didn’t finish the quest.

If you’re a gamerscore fag, this isn’t the game for you! 30 hours plus to complete once, you need 3 playthroughs to get the Good/Neutral/Bad karma achievements, the hack 50 terminals is so mind crushingly boring I got to around 30 and gave up, despite having 100% speech I lost shit loads of speech challenges meaning I was stuck on 38/50. So in the end, I honestly don’t think it is worth trying. 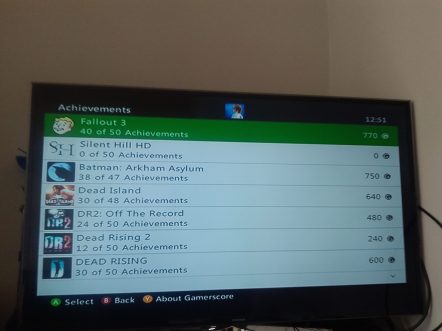 I gave up here

Fallout 3, for me, is very Jekyll and Hyde, the main story is pretty poor, the side quests are awesome, the character leveling system is beautiful,  same with the perks and karma, this all means no two playthroughs are the same, but it all crashes down with the main story, and the tunnel sections which REALLY R-E-A-L-L-Y fucking suck!

There also isn’t enough end game to keep you interested once you finish the story.

I can’t be bothered with a second playthrough. When the game was new out I did a “good karma” story, I just finished “bad karma”. There is no fucking way I am touching neutral karma story! It just isn’t worth it, especially considering the only real difference Karma has is the the companion you get.

I didn’t hate the game, it is good, but to be honest, in a 36 hour playthrough I enjoyed myself for about 10 hours of it, so after all these years, the issues I had have actually amplified, and stick out as bad game design.