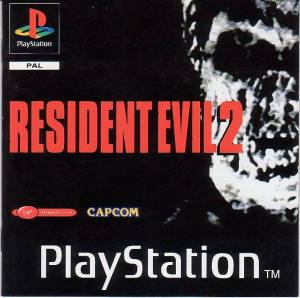 Two months after the events of Resident Evil 1, and with Raccoon City almost completely devoid of human life, we join Leon S. Kennedy and Claire Redfield as they enter Raccoon City, and subsequently try to escape. Leon is a rookie cop on his way into his first day of work, while Claire, is looking for her brother Chris, the main protagonist in the first game. With no reason for them to stay, they decide to split up, and find a way out of town. (ED: How did they get into town? In Nemesis there are road blocks)

Told through 2 scenarios, you can choose to play as Leon or Claire first. Meaning the second scenario is played as the alternate character. However, there are subtle differences from the Leon A and Claire A stories (or Leon B and Claire B). The story remains mostly the same, however, subtle differences exist.

Scenario B ramps up the horror with the addition of the T-103 Tyrant, and slowly brings the story together. In scenario A, you feel as though something is missing. While playing the B scenario shows you whese events. Dialogue that mentions events you didn’t see, suddenly make sense.

The first thing you might notice playing Resident Evil 2 is that the live action sequences from the original have been removed, and replaced with FMVs. As much as I like the game, these FMVs have not stood the test of time well, the animation is a little dodgy, and the character models are somewhat shonkey. Leon looks like a bit of a monster, and before you scream it is a game from 1998, the FMVs in Nemesis are far better. 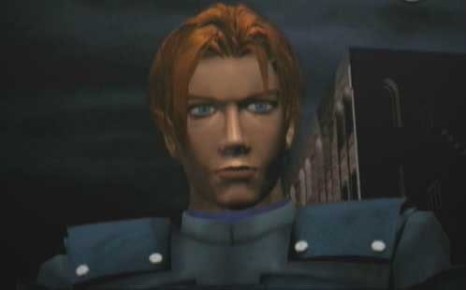 Resident Evil 2 also balances the survival and action elements of the game. The original Resident Evil had about 5 bullets in the entire game, the Directors Cut and REBirth were more forgiving, but still a little economic on the bullet front. Resident Evil 2 gives you a decent amount, if you are wasteful, or try to fight everything you’ll have issues, but if you’re sensible, you’ll finish the game with a large enough arsenal to take on the Russian Army. 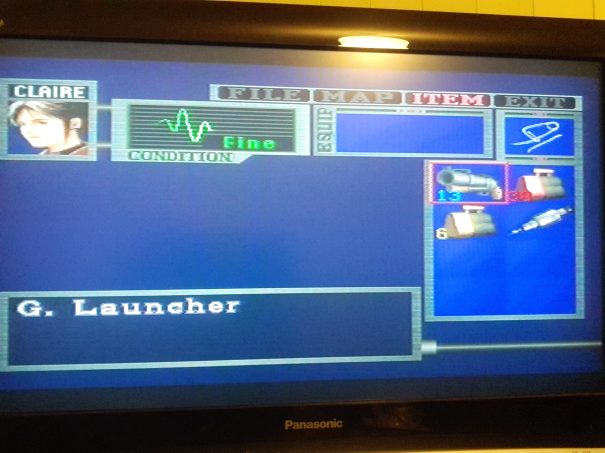 This is what I had for the final boss of Scenario A.

Basically, the best tactic is… Avoid what you can, only fight what you have too. I only used the grenade launcher acid rounds for the end of police station boss, and the Elevator boss. I had such a stock pile of grenade rounds, I ended up using it for the whole of the Lab section. 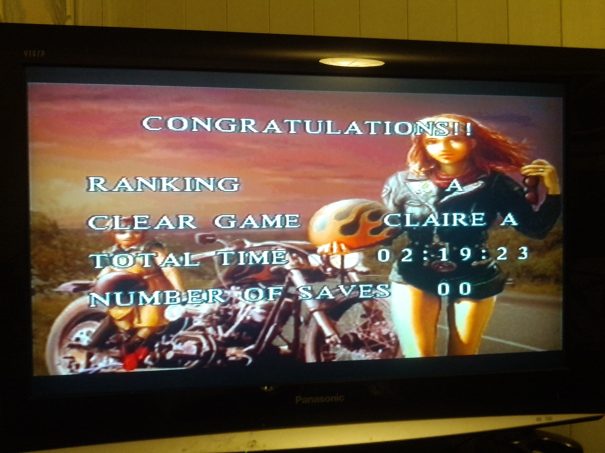 Wooo A. Slow time though

Despite being relatively good at the game, I still die when I get cocky, it adds depth and allows you to replay the game with differing strategies or gimmick runs. On scenario B with Leon, I died in the freaking Police Station, so while I don’t use the powerful weapons, it is important to carry them, in case you get stuck in an awkward room with low health. There is nothing worse than leaving the Library in the Police Station, to go into the main hallway, and getting decapitated by that bastard lurking Licker!

Resident Evil 2 didn’t really push the boat out enemywise. The newest addition, the Licker, which is a  gross monster with it’s insides on the outside. I can still remember the squee noise I made when playing the original demo disc for RE2 back in 1998. 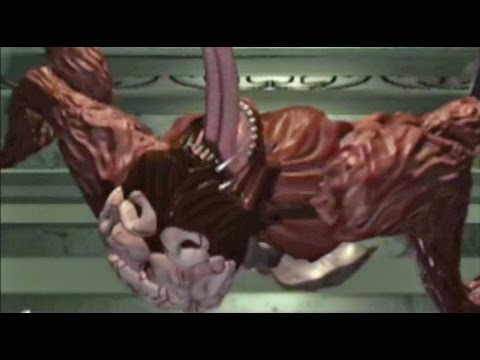 Other than that, nothing apart from bosses are new, and, AND… we’re missing Hunters, and the Chimera.

The bosses however, they’re cool as fuck.

The G Larvae, is the first Scenario main boss, you’ll fight this multiple times in different forms, and more often than not looks like a blob with a big eye.

William Birkin, the scientist behind the G-Virus, injects himself, and slowly becomes more badass as he mutates further (gaining more glowy eyes). Each time you “kill” him, he sheds his skin, and becomes more Tyranty, and then more blobby. You will fight him differing amounts depending on your scenario, but he does make up the last boss on Scenario A, and the last boss on Scenario B. Although, the real “final” boss on B, is the evolved T-003. 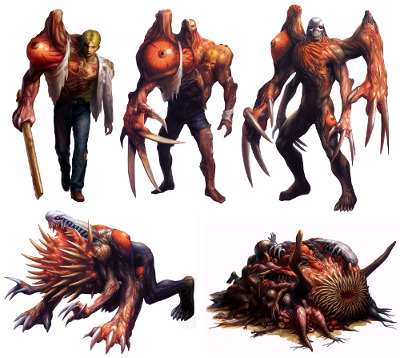 Despite that, the rest of the game looks good. The pre-rendered backgrounds hold up enough with enough detail considering the restraints of the system, and really add to the atmosphere, the character models still hold up relatively well. 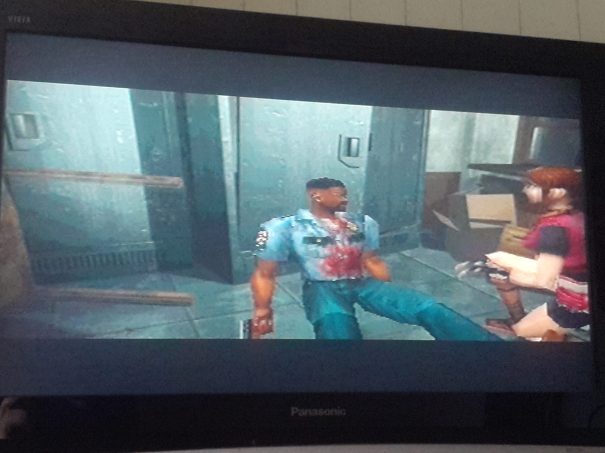 I still think this is Will Smith

Like REBirth, there isn’t anything “wrong” with the game. The technology they had at the time is a little dated, but the game still plays well. You are missing some features such as a quick turn, but this is understandable. The game was new, and Capcom were still experimenting with the formula.

Ultimately your love will come down to whether you can stand tank controls. Me, I love them, but I do know a few of you are put off, but give it a try. I will let you remove 20 points from my score if you think tank controls are the worst. I’ll hate you for it. But I will forgive you as it can be awkward to reaclimatise to, even for somebody who never really stopped playing games with tank controls.

Resident Evil 2 is a fantastic game.

The zapping system means Capcom were able to get more out of the game than others in the series, however, I still think Nemesis SLIGHTLY tops 2 in terms of overall the experience.

Pros: Claire is badass, T-003 is cool as fuck, Birkin and his evolutions are cool. The Croc boss is still fantastic!

Cons: The FMVs are shonkey, no Hunters, sections with Sherry are annoying, no alternate endings 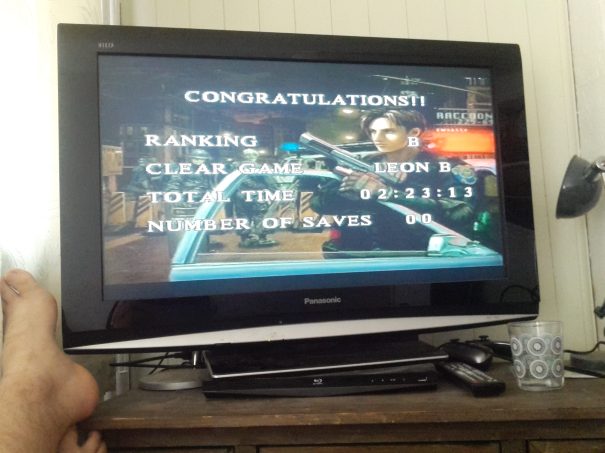 Resident Evil 2 came out to much fanfare and a fair amount of squee noises from myself and friends. It was met with universal praise scoring roughly 90% across the board.