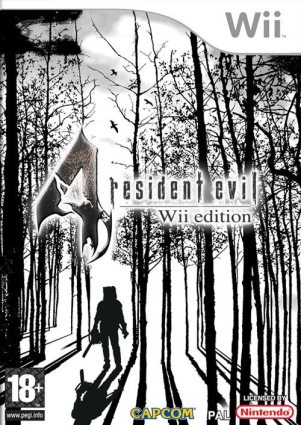 I am not sure how to do this one. Resident Evil 4 is a great game, but is it really a Resident Evil game? For the uninitiated, there is no Umbrella, there are no Zombies, there are no Tyrants, no door opening sequences, no lighter or lockpick puzzle, no crates to push, no chests to store equipment, no survival horror, and no shortage of ammo.

What we do have is, some ludicrous plot about terrorists, a kidnapped President’s daughter, a man who may or may not be a flasher (creepy shop man), some angry Spanish villagers, and something about Las Plagas.

RE4 is the first of the series to use proper 3d (Code Veronica dabbled), it removed the fixed camera angles, and firmly dropped the Survival Horror for a more action oreintated game that unfortunately the series would get a little carried away with on future iterations.

Errrrm… Storywise, the game is exactly the same as far as I can tell, there are no “6 minutes additional cut scenes”, or anything like that. What you get extra here is… Wiimote wagglyness as you aim your gun with the Wiimote.

The Wiimote is also used for Quick Time Events, which, are marginally more annoying now with the Wiimote/Nunchuck combo. 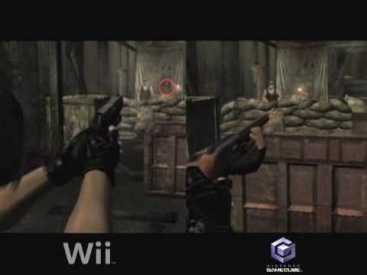 The set pieces, are immense. The first time you fight ” El Gigante” is a genuinely one of my favourite moments in gaming.

But that isn’t it, RE4 is packed with other standout moments such as:

All these moments are brilliant, and would justify a top 10 moments of the Resident Evil series, never mind this game. It is worth pointing out that RE5 does a poor job of replicating these same set pieces. 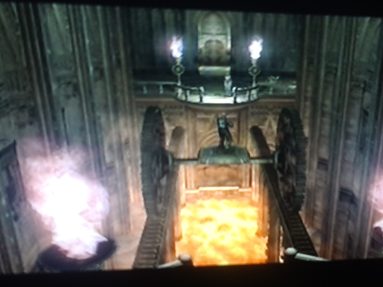 How do you get the planning permission to build this?

She offers nothing, and is a CONSTANT hindrance. Even on easy she is a bullet magnet, and will literally run in front of you while you’re fighting not-zombies, and take a shotgun blast to the face. (Sheva in 5 is worse) 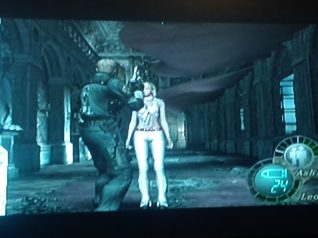 Get used to this…

She also results in instadeath for you.

Other issues? She won’t climb down ladders… Doesn’t sound like much, but even during the climatic escape, you have to stop, turn around, run back to a ladder, and catch her.

Ashley is with you for about 30% of the game, and you will hate almost every second with her. Thankfully though, Capcom seemed to recognise this and came up with ever more daring and ridiculous reasons for her to not be there. This is through either the not-zombies carrying her off, or you telling her to sit in a bin. I guess it is a problem with a game that you actively cheer whenever Ashley is indisposed. 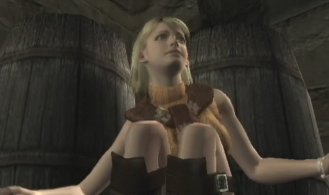 She will spend most of the game annoying you.

Well, it is VERY linear, and there is a little too much hand holding going on.

In all previous Resident Evil games, I can tell you most details about every room, every route from A to B. This was because every room had a use, or served a purpose. In Resident Evil 4, you just run from A to B and ignore/don’t see/don’t pay attention to anything in between.

This means there is a much bigger world to explore, but at the same time it feels smaller, less lived in, and fairly redundant.

Other than the lava room, I can’t really think what any of the rooms look like other than “a cave”, “a brown house”, and “a village”.

Quick Time Events… Seriously, does ANYBODY like these? At the start of the game they are few and far between, are done well, and they offer a nice change of pace.

However, around the end of Act 4, the game becomes one long Quick Time. As the game starts to run out of new ideas.

Don’t get me wrong, the laser room is cool as fuck, but it gets really tedious having to deal with constant Q.T.Es for the last third of the game.

The awesomeness of the Cave Troll, and the blind boss is also ruined later in the game too. It feels like Capcom ran out of ideas for boss fights, so they just make you fight two of them.

As you are more powerful by this stage in the game, it makes these boss fights a little dissapointing simce you can down them with a couple of magnum blasts. Particulally when you compare it to the hectic fighting/feeing/hiding in the first El Gigante fight. Instead El Gigante and the blind boss are reduced to standard fodder, and kind of cheapens the experience.

But lots of good points

Despite the literal sign posting, and incidental rooms, the game feels much more epic. Everything is on a much grander scale. You’re no longer dispatching 3-4 zombies in a room, you’re dealing with 30-40 not-zombies. The rooms are not small or tight, you are in a whole castle, an entire village.

The new inventory system is much better too. All your weapons go into your attache case, and you carry everything around with you. 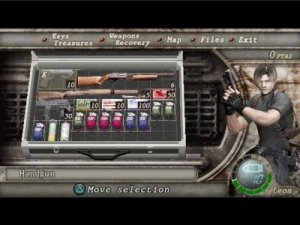 The attache case splits your “key treasures” into a none space taking section too. This means you never have to choose between ammo, or a gun to carry a sodding key. This disappoints some fans of the series, but I was never the biggest fan of the item management (especially in RE1).

The upgrade system is also a welcome introduction, it is no longer 1 or 2 upgrades per gun based on an item you find, you get 4 areas to upgrade such as power and mag capacity, and occasionally an ultimate upgrade. Fully upgrading a weapon will leave you with a Magnum that is more powerful than a rocket launcher.

Resident Evil 4 splits the RE community, it is either loved for reinvigorating a series, or blamed for the toss that comes after, but for me Resident Evil 4 is a great game. It was a natural evolution for a series that had started to feel stale.

While I  prefer the GameCube version due to the lack of WiiMote/Nunchuck, the additional content of the Wii version more than makes up for it.

The Seperate Ways scenario does a good job of trying to plug some of the plot holes. Though I may be the only Resident Evil fan who couldn’t give a toss about Ada Wong. 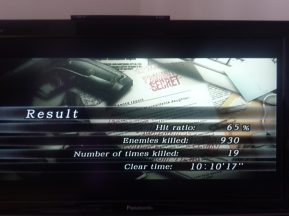 oh, and my aim sucked.

Pros: Some of the best set pieces in gaming history, boss battles 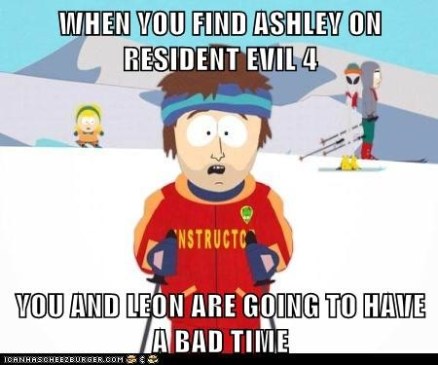 Most apt meme I have ever found